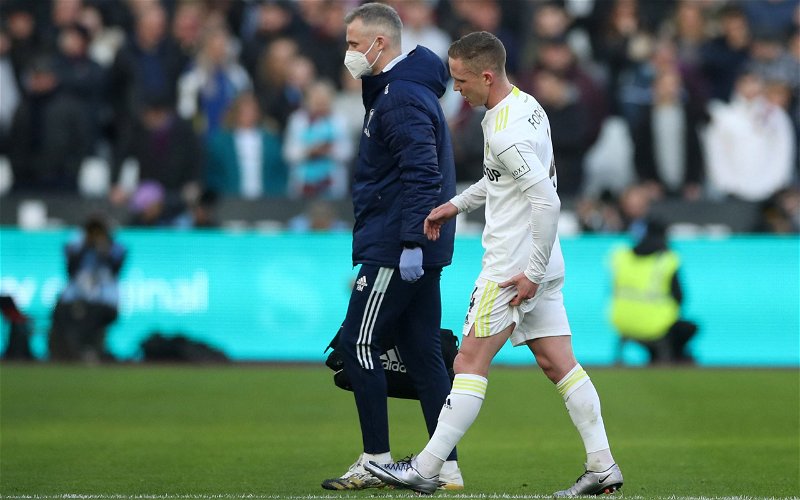 Adam Forshaw reportedly took part in a murderball session over the weekend, as Leeds United tested the midfielder’s hamstring after an injury setback in January.

Leeds lost Forshaw during their 3-2 win over West Ham United to a hamstring injury, which then ruled him out of the following week’s 1-0 loss to Newcastle United at Elland Road.

Marcelo Bielsa’s side are not back in action until February 9th, with it looking like Forshaw will be able to return.

As per a report in The Athletic, Forshaw was taking part in one of Leeds’ murderball sessions on the weekend gone by in a bid to prove his fitness to Bielsa.

It’s not reported whether or not he came out of that session unscathed, with Leeds still having over a week before their trip to Villa Park to face Aston Villa.

Forshaw, 30, has made 12 appearances in the Premier League this season, registering an assist in the aforementioned 3-2 win over West Ham.

He’s also landed new terms at Elland Road and will be contracted to the club next season.

Forshaw looked in great form prior to his injury at West Ham.

As it always is with the midfielder, your heart is in your mouth whenever he pulls up with a problem, so to learn he’s been able to get stuck back into murderball this weekend is a big plus.

Leeds will be hoping he can play against Villa, or at the very least against Everton the following Saturday.

He was sorely missed against Newcastle, with Leeds lacking his composure and control in the middle of the park.

With him back in the side, Leeds have a better chance of taking some winnable points.