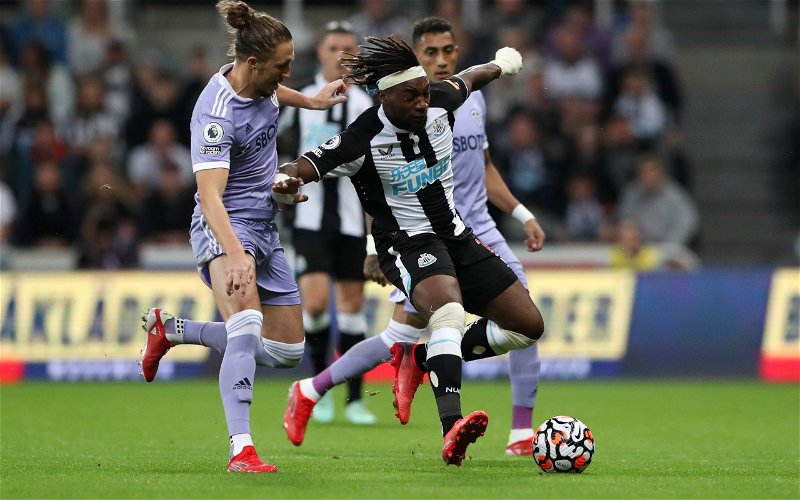 Paul Merson thinks that Leeds United will be safe from relegation if they turn Newcastle United over this weekend at Elland Road.

Leeds have put back-to-back wins together in the league for the first time this season at the start of 2022, beating Burnley and West Ham United.

There’s another big fixture for Leeds this weekend as Newcastle head to Elland Road, with Marcelo Bielsa’s side having a further opportunity to put more daylight between themselves and the bottom three.

For Merson, he feels that Leeds have little pressure on them this weekend, knowing that victory over Newcastle all-but keeps them in the Premier League this season.

He explained to sportskeeda how he feels Bielsa’s side will have too much for Newcastle and take that giant stride towards season three in the Premier League.

“Leeds managed a brilliant result against West Ham in their previous Premier League game, and this is suddenly not as big a match now. The pressure is off for Leeds – if they win this game, they’re safe. Leeds do give away too many chances, however, and I think the pace of Almiron could hurt them.

“I’m going to go with a Leeds victory here. Newcastle are struggling in the Premier League and can’t seem to win a game. They were in front against Watford last week but just couldn’t seem to hang on. I think Newcastle can find the back of the net here, but Leeds should be able to win this game.”

Victory over Newcastle would move Leeds onto 25 points for the season, despite the fact that key players like Patrick Bamford, Kalvin Phillips and Liam Cooper have missed large parts of the campaign through injury.

It’s probably not the most sensible thing to claim that Leeds are ‘safe’ if they beat Newcastle this weekend, but it’s a big step towards it.

With Norwich taking on Watford on Friday night and at least one of them dropping points, Leeds beating Newcastle would be a huge result that would leave the bottom four looking pretty cut adrift.

Leeds are in a good moment right now and can be confident of picking up a result at Elland Road despite all their injuries.

Newcastle have struggled through the opening half of the season, despite the appointment of Eddie Howe. New signings might be starting to settle, but Leeds have some sort of defensive structure back in place now, with Jack Harrison and Raphinha in decent form.

It’s a big opportunity to leave the table looking healthy heading into the international break, even if ‘safe’ might be a bit premature.