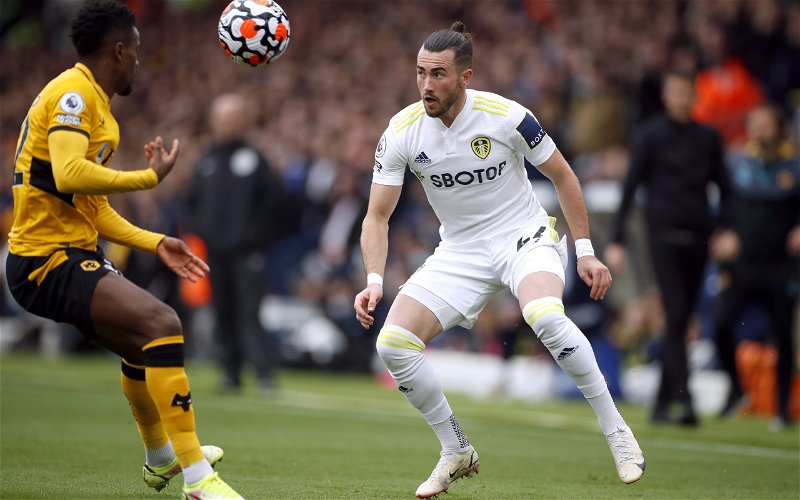 That’s according to Palace manager Patrick Vieira, who is someone who ought to know plenty about both players.

With Vieira having previously managed Harrison at New York City between 2016 and 2017, the pair are now set to come up against each other when Leeds host Palace tonight.

Among the Palace squad that Vieira will bring with him to Elland Road in search of all three points, is Conor Gallagher.

The midfielder has scored four goals and provided three assists in 12 league games for Palace since joining on loan from Chelsea in the summer, ironically at a time when he was also linked with Leeds.

Now it seems as though Vieira sees similarities in the way that Harrison and Gallagher approach the way they play football.

Asked if there was anyone in his current Crystal Palace squad who reminds him of Gallagher, Vieira told football.London: “In personality and their character and the way they are on the field, I would say Conor.

“They’ve [both] got this kind of energy. They love working for the team, they love the game, they love football. They’re always working hard for the team and these are the kinds of players with a big heart.”

You get the feeling that both players ought to be rather pleased with this comparision.

Both Harrison and Gallagher do look to have come a long way in the past few years, and that is something that is now paying off with the experience they are getting in the Premier League.

Indeed, with the talent they possess, you do feel that both also have the potential to go a lot further in the game as well.

Given Vieira seemingly believes they have the work rate and application to match, both should be hopeful of enjoying bright and successful careers in the game.