As the year and the decade are coming to a close, we thought we’d pick our Leeds United team of the decade.

It’s certainly been a decade of ups and downs but the last few years have brought much better times for the club and fans, especially last season as we were agonisingly close to entering the 2020’s as a premier league club. It wasn’t to be as we fell just short in the play-off’s but we did finish in our highest position since relegation from the promised land back in 2004 and played some of the best football I’ve ever seen at Elland Road.

Here’s our team of the decade:

We’ve not really been blessed with many greatest of keepers over the last 10 years, there’s certainly a lot who will be remembered for the wrong reasons but we’ll come to that later on. There were a couple of other choices; Kasper Schmeichel and Kiko Casilla were other candidates but Green’s one season at Elland Road saw him become a real fans favourite. One of the best seasons of recent years saw Leeds just miss out on the play-off places and Green played a major part in it, keeping 15 clean sheets in his 46 games. He made a shaky start to his career at Leeds but in the end was one of our players of the season. One of his most notable performances includes Birmingham away where he made numerous saves from the midlands club in a game that might have got away from Leeds had it not been for the former England number 1.

I remember many people perplexed when Leeds signed Luke Ayling from Bristol City for a measly £750k in the summer of 2016. A squad player at Ashton Gate, there was no way he was good enough to play for the whites surely? How wrong we turned out to be. 3 years on and Ayling is still a key player at Elland Road, he has consistently performed at a high level since joining and he recently captained Leeds as they celebrated their centenary game against Birmingham. Making 126 appearances at Elland Road there was no real doubt that the former Arsenal man was going to be in our team of the decade.

Having initially signed on loan from Torino in August 2016, Jansson went on to make his move permanent in the summer of 2017. The £3.5 million fee seemed like nothing for a player who had become a real cult hero at Elland Road. He was one of the players who helped bring the club and fans back together after years of it drifting apart, where players seemingly didn’t care and were just happy to see Leeds slip into mediocrity. He played 120 games for Leeds and scored 9 goals, the Swedish international loved getting the crowd pumped up and rarely lost a one-on-one showing just why there was so much hype about him after he joined from Torino. After 3 seasons at Elland Road he departed to sign for Championship rivals Brentford in a move which seemed questionable at the time. There’s no doubt, with the performances of the next player in our team of the decade, that it was the right time for Jansson to leave.

Question marks were raised when Leeds signed Ben White from Brighton on a season-long loan this summer, a player who hadn’t played above League One replacing one of the best defenders we’ve had since relegation from the Premier League? We should never have doubted Marcelo Bielsa and Leeds though, as White has been nothing short of unbelievable so far. I can’t remember him making a single mistake in any of his appearances for Leeds, he’s positionally brilliant and also the most comfortable centre-back’s I can remember at Leeds with the ball at his feet. He oozes class and he’s a real Rolls-Royce of a defender. I know there’s slim chance of White staying at Elland Road beyond this season with the likes of Liverpool apparently looking at the 22-year-old but we can hope, right? He’s destined for the very top and will surely play for England in the near future.

Here’s a player who I feel would’ve really flourished under the stewardship of Marcelo Bielsa. One of four players in our team of the decade to come from our academy, Charlie Taylor made his debut for his boyhood club way back in 2011. After a few loan spells away from Elland Road, he made his whites breakthrough in the 2014/2015 season. Taylor appeared at both left-back and left-midfield during his time for Leeds and was comfortable in either position, he went on to make 104 appearances in total scoring 3 goals. His finest season for Leeds, the 2016/2017 season also turned out to be his last as he let his contract run down before leaving to join Premier League side Burnley on a free. I honestly feel like Taylor’s style of play would’ve been perfect for this Leeds side, his delivery was second-to-none and he loved getting forward at any opportunity but defensively he was solid and rarely did a winger get the better of him.

Probably the easiest addition to the side and a player surely destined to make that holding midfield position for England his own in the future. It’s not been the easiest ride for Kalvin Phillips at Elland Road but the 23-year-old is finally getting the rewards for his hard work. He has become one of the most important players in the Bielsaball system, breaking up opposing attacks and starting our own from that deep-lying midfield position, his passing is a thing of beauty at times. Phillips made his debut for Leeds way back in 2015, under Neil Redfearn, and scored in the same game. Since then he has gone on to make over 150 appearances scoring 11 goals. He has taken up numerous roles in that Leeds midfield but flourishes most in that defensive-midfield position. I’m hopeful Phillips will be at Elland Road for years to come after signing a long-term deal back in the summer and he has a real chance of becoming a legend at Leeds. 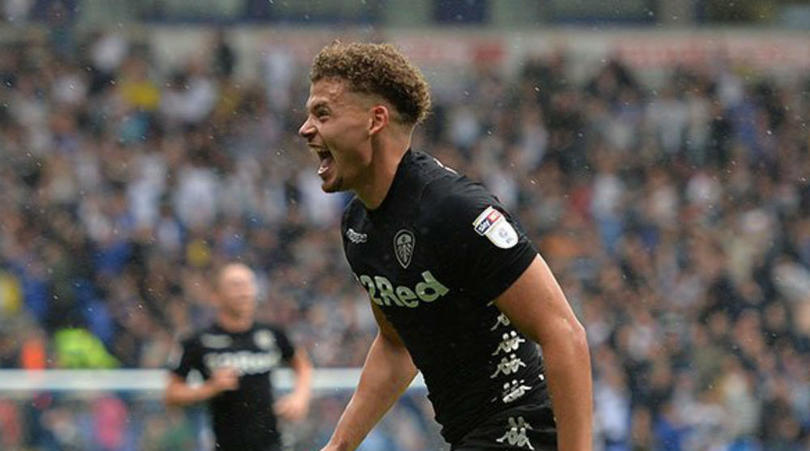 For me, Lewis Cook is the best prospect to come out of our academy since Fabian Delph. From a young age it was a certainty that Cook was destined for the very top and it’s just a shame he couldn’t have done it with Leeds. He was by far one of the best performers during his two years as a first-team player at Elland Road where he made 85 appearances. He was just 17-years-old when he made his debut against Millwall in 2014 and it was clear to see just how talented Cook was, it’s just a shame that the players around him weren’t on the same level. He ended up leaving Leeds after just two years, joining Bournemouth for a fee of around £7 million which is an absolute bargain in this day and age but Cook is another player, like Charlie Taylor, who you feel would’ve benefited a great deal under Bielsa’s management.

After a few years in the wilderness Leeds signed former Valencia winger Pablo Hernandez on-loan back in 2016 before making it a permanent deal in the summer of 2017. Hernandez has gone on to score 29 goals and produced 32 assists during his 135 appearances, making him a key cog in recent years for United. His play at times has been nothing short of magical and the way he can drift past a player like he’s not there, even at 34, has seen him become a real icon at Elland Road. Just when you think a game’s gone Hernandez can turn the screw in an instant, picking out a pass that didn’t seem like it was there or smashing in a screamer from 25 yards out. It doesn’t seem like the Spaniard is slowing down either, he recently signed a new two-year deal for the whites which will surely see him end his career here. 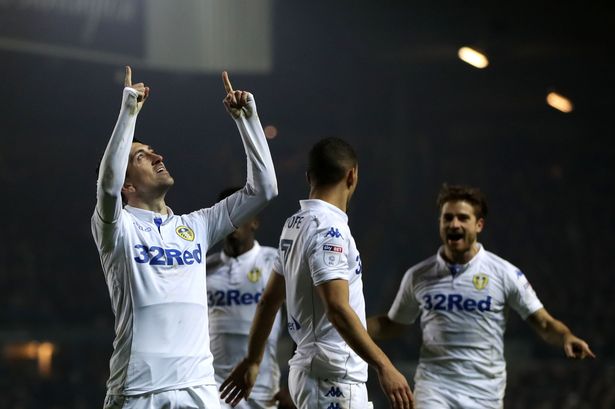 Snodgrass was a key part in the Leeds side that finally got promoted out of the doldrums of League One back in 2010 but it was in his two years in the Championship that he really showed his quality. The Scottish international wasn’t blessed with pace but at times he could turn his full-back inside out and had end product to go with it. He appeared in 183 games for Leeds and scored 40 goals. Snodgrass was made captain at the back end of the 2011/2012 season in a bid to make him remain at Elland Road but after a poor season for the club where they finished 14th it was inevitable Snodgrass would leave and he made the move to the Premier League signing for Norwich.

One of my favourite Leeds players in recent times, there had to be a way I could include him into this side. He made over 200 appearances for Leeds and was the perfect player to fit into the attacking midfield role of that Grayson side which scored for fun. You have to wonder where we would’ve finished if we had the defence we have now and the attack we had back in that 2010/2011 season. Goals came from everywhere in that team and Howson came up with is fair share, his late running into the area made him so difficult to pick up and mark. His most memorable goal has to be that equaliser against Bristol Rovers. Struggling and down to 10-men, Grayson introduced Howson just before the hour mark and the rest is history, his equaliser just 5 minutes later really set the tone and from then on there was only going to be one winner. After just over five years at Elland Road Howson left in January 2012 to join Norwich but he’s always given a great reception when he returns for opposing sides.

The toughest position to choose from, Beckford and Chris Wood ran him close but Becchio was a real cult hero at Leeds. Despite maybe not possessing the best quality at times, despite the fact he scored 86 goals, he chased everything and would’ve ran himself into the ground for the club. He was to Beckford what Chris Sutton was to Alan Shearer but it was after Beckford left that Becchio really came into his own, Leeds switched to more of a 4-2-3-1 formation and the Argentine was deployed in that lone striker role. He racked up 50 goals in two-and-a-half seasons in the Championship making him one of the most sought-after strikers in the division. After making over 200 appearances for Leeds, Becchio was sold to Norwich in one of the worst cash-plus-player deals ever seen. Becchio never produced the same form again but he will always be remembered fondly at Elland Road. 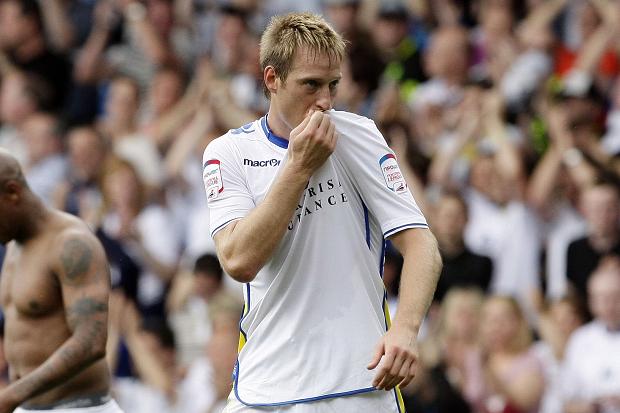 It was tough to choose in certain positions, Liam Cooper was very unlucky to miss out but just based on personal ability I felt like Jansson and White are both better players. Max Gradel was another who might’ve got in another time but Snodgrass and Hernandez were my preferred choices.

Let us know what you think, who is your Leeds United team of the decade?