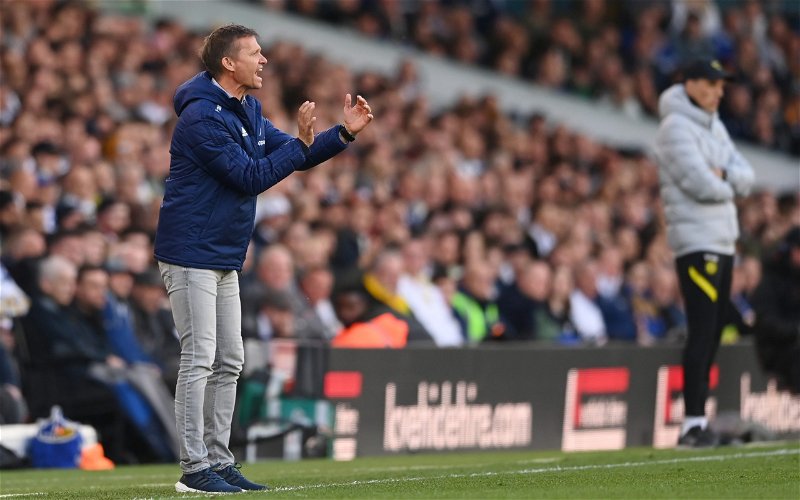 Leeds United had very little to shout about following their defeat to Chelsea on Wednesday, moving one game closer to sealing their fate of relegation.

An early goal from Mason Mount was added to in the second half by Christian Pulisic and Romelu Lukaku to see the Blues win 3-0 against ten-man Leeds, plunging the side into more trouble with two to play.

There wasn’t much at all that could be drawn from the game in a positive perspective, but Jesse Marsch will remain n high spirits to keep the side in with a fighting chance of leapfrogging Burnley.

Here, we look at how two players’ prospects were affected differently thanks to the latest league defeat…

There were barely any players who could come away from that game saying they made a positive impact on the performance, but Koch was a pleasant surprise.

At first, he was part of the centre-back trio as Leeds looked to keep tight at the back, but the red card and Raphinha’s later cramp saw him utilised more as a right-back or wing-back.

Not one of Chelsea’s dangerous moments came down our right, which shows Koch’s solid display.

While you would think his attributes aren’t that suited to playing up and down our right-hand side, Koch was a really strong presence for us getting up the pitch.

He could (and perhaps should) have scored with a free header late on, but his overall build-up play shows that he is a very competent ball-playing centre-back and a genuine option to play there.

His turn of pace shocked a few too, and him moving to the wing-back slot might free up Raphinha to play higher up the pitch, rather than being shackled to a defensive role that does not play to his strengths.

Not by his own fault, but Bate struggled at times against his former side.

Leeds weren’t able to establish any real control of the game, and Bate was aggressively forced out of possession a handful of times by a Chelsea side eager to establish their dominance on the game.

The red card left Leeds outnumbered and Bate was often the fall guy when we had the ball, with few options to quickly move it to.

What is clear is that Bate could definitely have a part to play for us in the final two games, but it needs to be in a system that suits him and his midfield colleagues much more.

It has to be said, handing him a first start in those circumstances was a tough one, but he still showed glimpses that he’s a very dependable player for us.