Leeds United have confirmed that Sam Greenwood has signed a new contract with the club, keeping him at Elland Road until 2026.

Young players emerging into the first team has been one of the best stories of 2022 where Leeds are concerned, seeing players from the under-23s head into the senior setup and massively contribute to the club’s survival last season.

One of those was forward Sam Greenwood, who came into his own under Jesse Marsch, demonstrating his ability to play in more than one position in the Premier League run-in.

He was rewarded on Tuesday with a new contract that ties him down at Leeds until the summer of 2026.

As the club looks to kick on with Greenwood’s development, we take a look at how this confirmation affects two players differently at Elland Road…

The winner in this situation is pretty obvious, and it’s the man who has put pen-to-paper on the contract.

Greenwood has been pushing towards more first-team involvement for some time now, showing that (alongside the other two renewals) he’s far too good to be playing youth football.

What this does for Greenwood is show him that he is rated very highly by the club and that he’s going to be a crucial part of the plans going forward from here.

He might not be guaranteed to start, but with this new deal, and the fact that Marsch has five subs to pick from next season, Greenwood is going to be playing a lot more often this season. 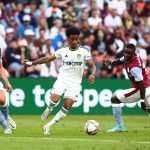 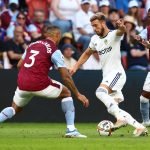 Roberts is currently out on loan with QPR, and it shows how he’s fallen down the pecking order that Marsch has sanctioned this deal, while handing new long-term deals out to forwards still in the side.

A loan was the best choice for the Wales international this season, going to an EFL club where he can thrive and play most weeks, but if he returns after this stint, he might find himself lower down the pecking order than before.

Leeds are starting to show real signs of transitioning away from leaning on the players who got the club back into the Premier League, and Roberts is likely one of the unlucky ones.

Hopefully, he proves a lot of people wrong with his loan move at Loftus Road, but Greenwood’s new contract would suggest he’s been leapfrogged in the long-term plans.