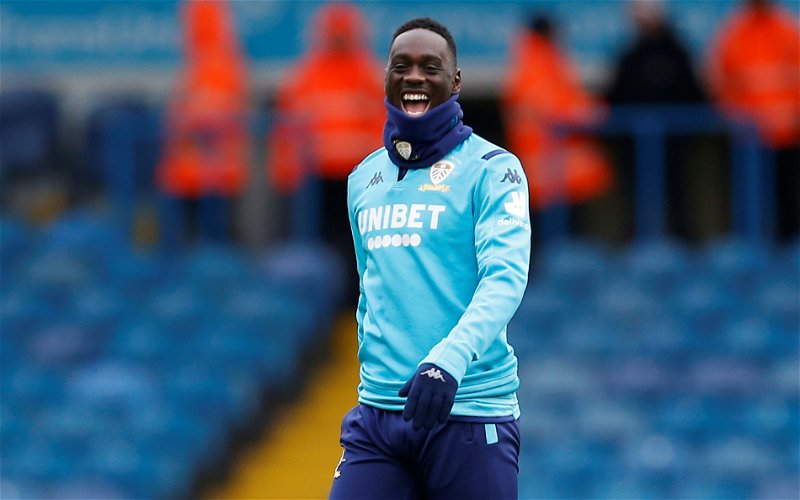 Phil Hay has revealed that the legal battle Leeds United are involved in regarding Jean-Kevin Augustin is not over.

Leeds have moved on from Augustin, who spent a spell on loan at Elland Road earlier in 2020.

He’s recently signed for Nantes from RB Leipzig, but Leeds aren’t out of the woods yet as they look to duck out of forking out for the Frenchman.

It’s been confirmed that Augustin will be moving to Nantes on a permanent deal. That means he has cut ties with RB Leipzig, who loaned him to Leeds in January.

Yet, as per Phil Hay, the legal battle between Leeds and Leipzig hasn’t vanished despite this transfer.

Leeds signed Augustin on a loan deal back in Janaury, with the option to make that permanent.

Promotion to the Premier League followed, but Augustin had managed under an hour of football in three cameo appearances and, naturally, Leeds are keen to manoeuvre themselves out of that option to buy.

However, Leipzig see it as an obligation rather than an option and a legal battle looks like it’s on the cards.

For Augustin, it’s good to see him getting a move to a club that wants him. Hopefully he can stay fitter than he did in Leeds and get some games under his belt.

However, it’s worrying that this legal battle isn’t just vanishing and Leipzig clearly plan to really put it to Leeds.

For me, if Augustin has a new club, Leipzig don’t own him anymore, which lessens the hold they have on things. However, top people will be advising them and it’s a complex situation.

This isn’t the last we’ve heard of this.