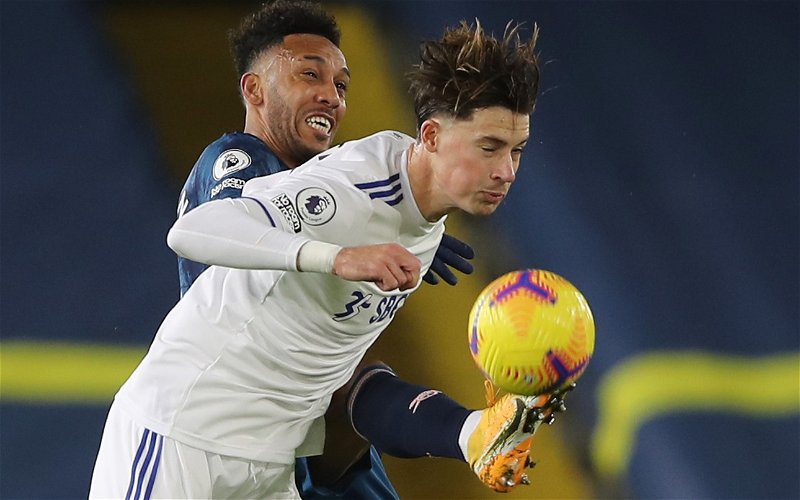 Robin Koch has been sent to the USA for surgery on a pubic injury that has kept the Leeds United centre-back sidelined for a large part of the season so far.

Leeds have been able to rely on Koch’s service just once this season in the 5-1 defeat to Manchester United.

Since then, the Germany international has been out of action with a pubis injury, which has required minor surgery.

Marcelo Bielsa has revealed (as per Leeds Live) that Koch has been in America for surgery on his pubis injury.

“Koch is in the USA for simple procedure on his problem in the pubis.”

Given that the procedure the 25-year-old has undergone has been described as minor, he’s not expected to be out of action long-term.

A knee injury last season, combined with this latest problem, have limited Koch to only 18 appearances for Leeds since arriving ahead of the 2020/21 season.

It’s irritating that Koch hasn’t been able to overcome his issue without surgery.

Leeds would’ve hoped that the Germany international could get himself available for the opening months of this season and push Diego Llorente, Liam Cooper and Pascal Struijk for a place in the side.

This setback has been frustrating for everyone and the hope now is that surgery in the USA puts it behind Koch.

Whilst Leeds don’t want to rush him, you imagine that the player himself will want to get himself available to start showing why Leeds turned to him when they couldn’t sign Ben White.

There’s obviously a quality player there, we are just yet to see him consistently enough.