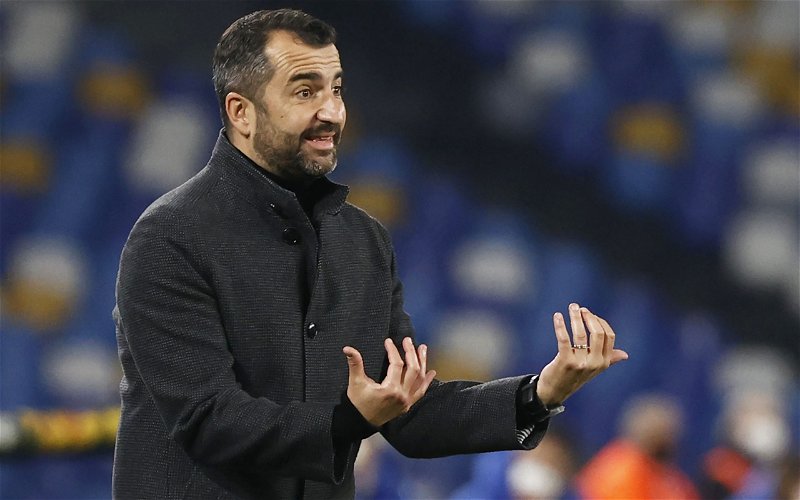 Former Granada manager Diego Martinez is keeping himself in the running to potentially replace Marcelo Bielsa at Leeds United.

Leeds have issues that need sorting this season and the one man to trust in finding those solutions is Marcelo Bielsa.

He’s in his longest-ever stint as a manager and has come up with the answers so far, but there will come a time when he’s no longer the Leeds boss.

There is currently no reason to believe Bielsa won’t be the Whites manager for the foreseeable future, but contingencies will be in place in case he’s not in the dugout in 2022/23.

One man mooted to replace Bielsa – as per The Athletic – is former Granada man Diego Martinez, who left the club at the end of last season.

Martinez was the man responsible for a similar rise to prominence in the Spanish top flight as Bielsa masterminded at Leeds, helping them achieve promotion to later climb into the Europa League and reach the quarter-finals in 2020/21.

The 40-year-old Spaniard is still without work and reportedly keeping himself available for an English club, with Elche Directo claiming he has turned down the chance to take over at Elche, where Kiko Casilla resides currently.

This comes alongside an update from IDEAL journalist Rafael Lamelas, who had this to say on Twitter:

“Diego again says no to another team. Expect England (maybe Leeds if Bielsa leaves at the end of the season) or a ‘main course’.”

I don’t want to have to think about the time when Bielsa won’t be our manager anymore, but we do have to consider our options.

Martinez looks like a very strong candidate for the job after what he did at Granada and the fact that he’s holding out suggests he could be keen.

I would hope that Bielsa is keen to stay on for as long as possible because we’re a far better team for having him manage us.

We might just have to wait and see if there is substance to Martinez’s patient wait for a job.