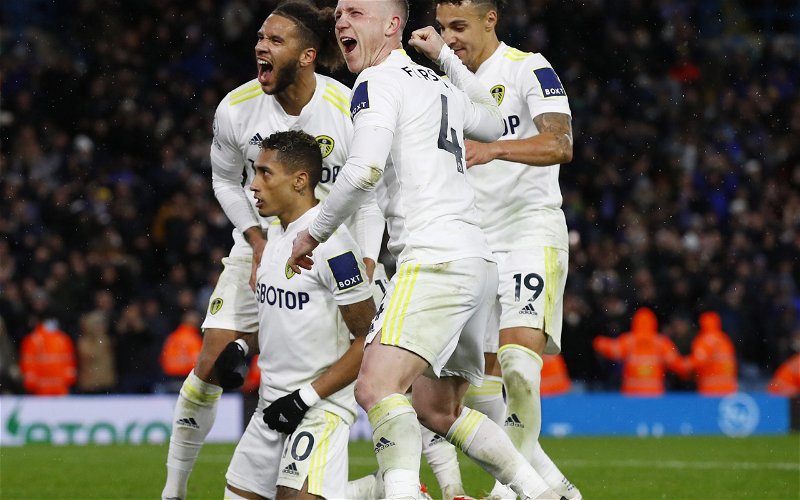 Marcelo Bielsa has given his verdict on a pulsating late Leeds United victory over Crystal Palace.

After a drab showing at Brighton at the weekend, Leeds needed a win coming into a game against Crystal Palace on Tuesday.

Patrick Vieira’s men presented a significant challenge with their individual quality, while the Whites knew it was a winnable match.

The game looked to be heading for another stalemate as neither side could break the deadlock, before a stray Marc Guehi arm in the penalty area saw Kevin Friend consult the pitch-side monitor in stoppage time.

A penalty was rightly awarded for handball and Raphinha stepped up to roll the ball past Vicente Guaita, sealing a much-needed three points for the hosts.

It takes Leeds up to 15th on 15 points, just three points off the top half of the table, and five clear of the drop zone.

Bielsa was clearly a relieved man, seeing his side claim victory. Speaking after the game, he had this to say (via Leeds Live):

“It was a victory that was very necessary. In the campaign so far we have picked up few points. In every game there’s points at play that can help us improve our campaign.

“It was a relief, we can breathe again and it was very satisfying. The succession of games means we have another challenge once again.”