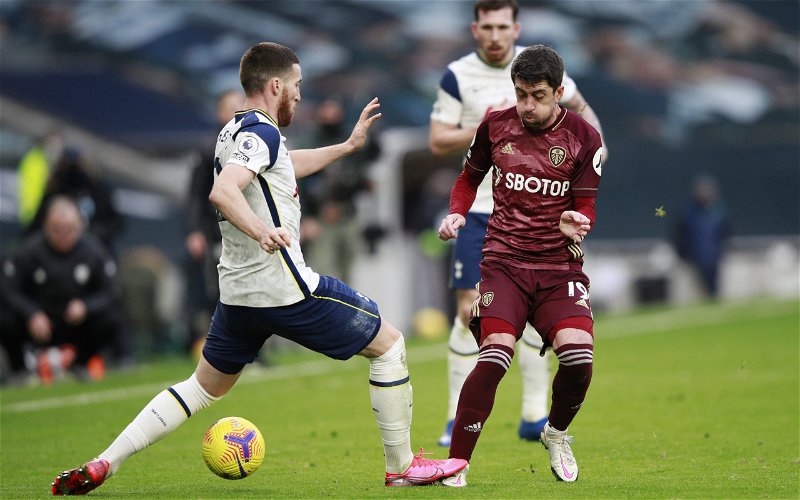 Marcelo Bielsa has reiterated that Pablo Hernandez is still a part of his Leeds United plans.

Hernandez has been an integral part of the Leeds side ever since he joined under Garry Monk.

However, his performance levels have exploded under Marcelo Bielsa, getting the most out of his brilliance in and out of possession.

He managed 23 goals and 23 assists in Bielsa’s two Championship seasons but has found opportunities hard to come by this season.

As he approaches his 36th birthday, Hernandez’s viral impacts on the first-team have fallen by the wayside somewhat in the Premier League.

Rodrigo and Raphinha have taken on the creative burden for Hernandez this season and are doing so superbly.

His future remains in doubt after reports of interest from CD Castellón in his signature.

Leeds were reluctant to let the Spaniard leave to the club he part-owns and Bielsa was keen to address his current standing in the squad.

“If I didn’t think he had the same possibility here as his team-mates, I wouldn’t have wanted him to be part of the group.” Bielsa stated in his pre-match press conference (via Phil Hay).

“As the season goes by and game by game, I take decisions.”

We can’t lose Hernandez this season, his impact on the dressing room is too great to let leave in January.

On the other hand, you can sympathise with him because he’s not getting the game time he ought to be.

An injury to Rodrigo has opened the door for him but Bielsa doesn’t seem as willing as us fans to see him get more playing time.

It’ll be a sad day when he leaves but the timing might just be right for him in the summer.