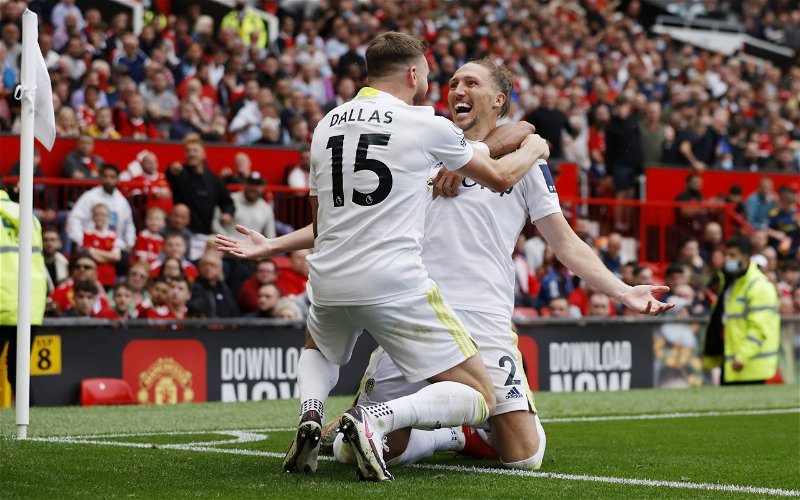 Luke Ayling will not feature for Leeds United this weekend against Brighton and Hove Albion, instead he will play for the U23s on Monday.

Leeds have been without Ayling since their draw with Newcastle United in September due to a knee injury.

The 30-year-old had minor surgery and has been working his way back to full fitness since then.

Despite being described as ‘healthy’ by Marcelo Bielsa ahead of Leeds’ trip to Brighton on Saturday night, there will be no first-team return for Ayling.

He will, instead, feature for Leeds’ U23s on Monday when they take on Manchester City. As per The Athletic, Bielsa revealed:

“Ayling is healthy — it’s likely he will play with the under-23s on Monday.”

The right-back featured in all 38 games last season for Leeds in the Premier League, but has been limited to only five appearances so far this term.

Bielsa is so specific on fitness, it’s not really a surprise that Ayling will be given time to adapt again in the U23s.

We’ve seen him recover quickly before and come straight back into the squad, although that feels a touch unlikely this time around given there’s not much need to do it.

Stuart Dallas and Jamie Shackleton cover the right side of defence, whilst Cody Drameh is waiting in the wings.

A successful return on Monday might then open the door for Ayling to play against Crystal Palace next Wednesday.