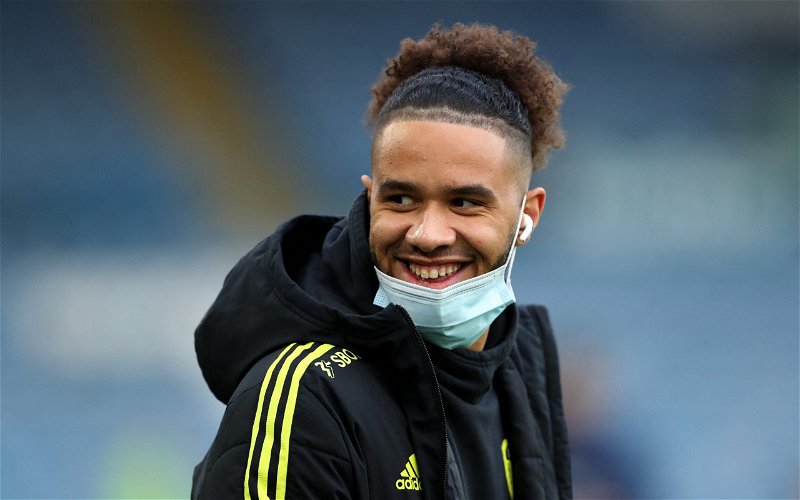 Marcelo Bielsa has explained why Tyler Roberts was brought on ahead of Joe Gelhardt today as Leeds United fell to a 1-0 defeat against Newcastle United.

Leeds have fallen to defeat at Elland Road against Newcastle, with Bielsa’s side punished for failing to make first-half dominance count.

At 0-0, Bielsa called for Roberts from his bench, replacing Daniel James in attack, much to the disappointment of an Elland Road crowd crying out for Gelhardt’s introduction.

Explaining the substitution to Phil Hay, who transcribed the quotes onto Twitter, Bielsa outlined how James’ yellow card meant he favoured bringing Roberts on ahead of Gelhardt.

“Given that James was on a caution, Tyler was the first step to unbalance the game. That’s why I did it.”

Roberts gave the ball away in the build-up to the free-kick that Jonjo Shelvey scored on 75 minutes, before Gelhardt was almost immediately introduced for Mateusz Klich.

The decision to bring Roberts on ahead of Gelhardt was so frustrating and one that’s left many fans leaving Elland Road scratching their heads.

In the last game the pair were available, Roberts was substituted at 1-1, with Leeds going on to beat Burnley 3-1 and Gelhardt registering an assist.

On that alone, it should’ve been Gelhardt getting the nod, not Roberts.

Both were warming up alongside each other, with Bielsa seemingly hesitant to use Gelhardt until Leeds fell behind, which made little sense.

That didn’t cost Leeds the game, but it contributed to Leeds not turning the screw at a time Newcastle were on the ropes.

With hindsight, it was costly.