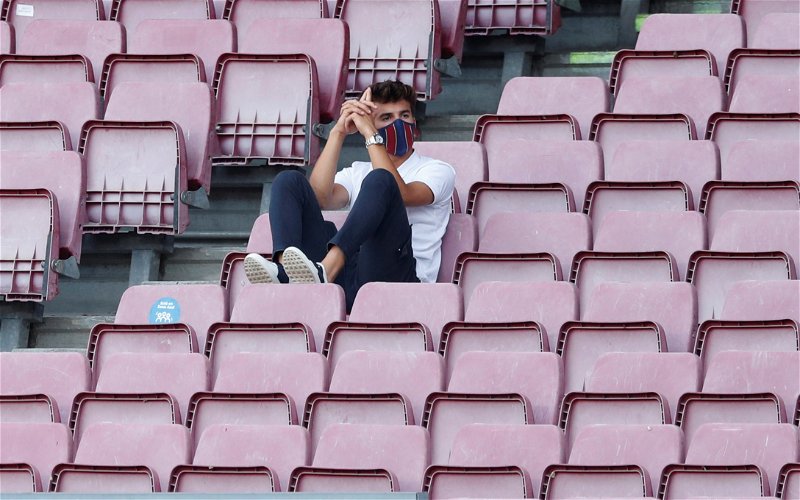 Barcelona manager Ronald Koeman has been revealed to have branded midfielder Roqui Puig a ‘leak’ of club information, amid transfer links to Leeds United.

Barcelona aren’t in great shape this season as they sit eighth in La Liga and nine points off the pace set by Real Sociedad.

The futures of key players are up in the air, no more so than Lionel Messi, but the future of Riqui Puig seems imminently up for debate with January around the corner.

The midfielder has struggled under Koeman.

Puig is yet to make any sort of impact in the Barcelona first team this season, making just four appearances amounting to 77 minutes.

At 21-years-old, he’s at a critical age for his development and would hugely benefit from going out and getting game time.

However, it seems he’s being left out in the cold by manager Ronald Koeman, who has been revealed by El País to have labelled the Spanish youngster a ‘leak’ in the club.

Puig is said to have revealed the names of players Koeman was eager to move out of the club in the summer, including Luis Suarez and Wolves’ Nelson Semedo.

This comes in the midst of reports that Leeds United are one of a handful of clubs that have been offered the chance to sign the youngster on loan to aid his development.

Puig would certainly solve the ongoing depth issue in the number eight role for Marcelo Bielsa.

Puig’s long-term future appears to be edging further and further away from being at the Nou Camp.

While Koeman probably won’t be there come the end of the season if things remain this poor, Puig has struggled of late and needs to get out for regular minutes.

I still think he’d be a sound signing if he can get fit enough to make an impact under Bielsa.

We need a lot more creativity to come from those positions and someone of Puig’s ilk would be ideal.