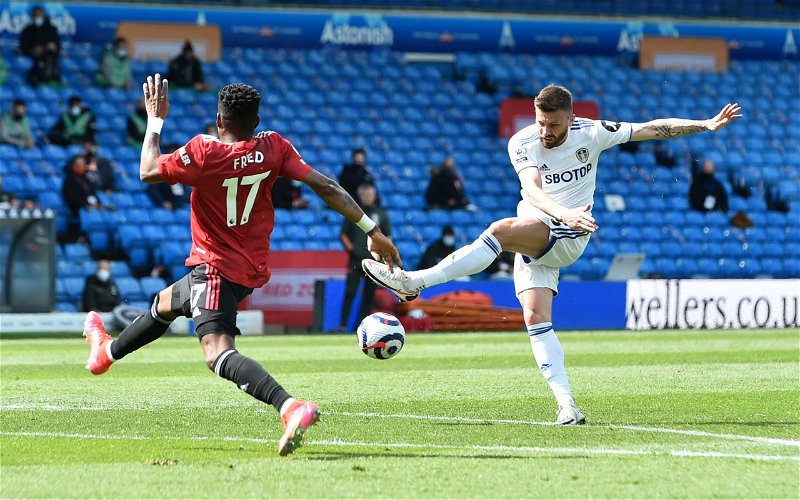 Leeds United utility man Stuart Dallas has been in outstanding form this season and it looks like it will see him rewarded with a new contract at the club.

Dallas has always been thrown into the lineup wherever the Leeds manager has seen fit. Initially signed as a winger, he had equal success on either flank.

However, Marcelo Bielsa has unlocked incredible potential in him in a handful of different positions.

Playing right-back, left-back, and central midfield, he is in with a shout of Leeds’ Player of the Season award.

Two goals away to Manchester City have been the absolute high-point in an oustanding season for Dallas.

His energy has been unmatched by anyone in the league that he’s faced and not many expected his goals return to ne this high heading into the latter stages of the season.

Now, the Belfast Telegraph are reporting that Leeds are set to offer the Northern Ireland international a bumper new contract.

The report details that his current deal expires in 2023 and sees him earn around £20,000.

A new contract would see that wage ‘at least doubled’ as a reward for how he’s taken to the top flight.

Of any player who deserves a new deal, it’s Dallas.

He’s been absolutely brilliant this season and giving him that incentive to continue improving is justified.

Alongside Patrick Bamford and Kalvin Phillips, you’d say Dallas is pushing for our player of the season.

There could be six or seven players who could justify that award, but Dallas’ heroics have been amazing.