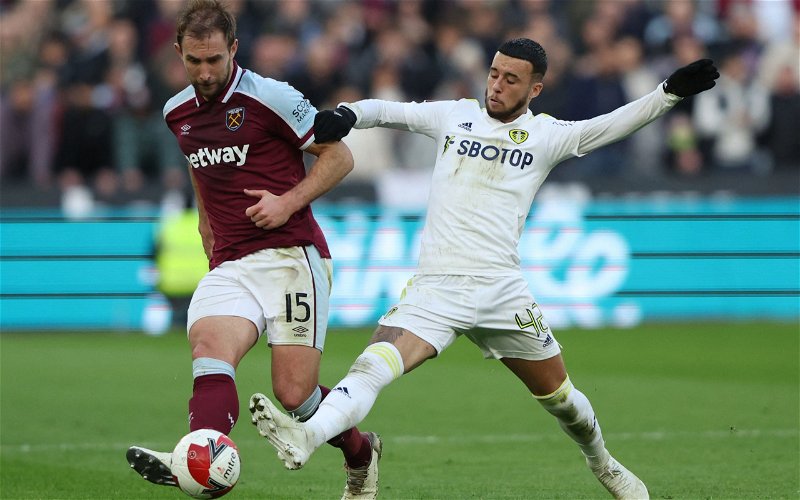 Luke Ayling has congratulated Sam Greenwood on his first Leeds United start, despite the forward admitting that he’s the latest casualty in Marcelo Bielsa’s squad.

Leeds have a mountain of injury issues right now, with Patrick Bamford, Rodrigo, Tyler Roberts and even Joe Gelhardt out injured.

That thrust Greenwood into the starting line-up for the first time at the weekend, with the 19-year-old getting 45 minutes in the 2-0 FA Cup defeat to West Ham United.

Taking to Instagram last night, Greenwood underlined his pride at earning his first senior start for Leeds, before revealing that he had picked up an injury in the defeat.

Despite the disappointment of that, Ayling has opted to praise Greenwood on his first senior start for the club, offering a message of support in the comments:

Ayling is one of the senior figures in the Leeds dressing room and it’ll be down to him, and a number of others, to lead the youngsters through this difficult spell.

Greenwood has taken big steps towards becoming a first-team player this season, with more to come from the teenage forward.

Ultimately, the senior players in the squad need to keep the youngsters going and not let their heads start to drop.

Leeds’ situation in terms of league position and injuries isn’t pretty right now, but the youngsters are doing the club proud and need that relaying to them.

Ayling is leading by example.