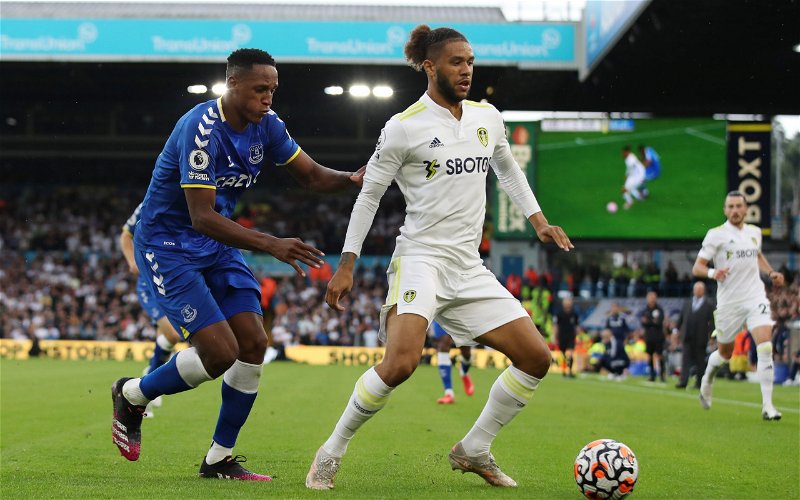 Plenty of Leeds United fans have been discussing the performance of Tyler Roberts during their side’s Carabao Cup defeat at Arsenal on Tuesday night.

The attacker was restored to the starting line-up for that clash at The Emirates, but seemingly failed to take the chance to impress.

Roberts has featured in all 12 of Leeds’ league and cup games this season, although he has only started four games in that time, all but one of which have been in the Carabao Cup.

That was again the case on Tuesday night, when the Wales international started in the number ten role in the defeat in North London.

However, it was another game where Roberts appeared unable to really make a significant impact.

According to WhoScored, Roberts had just 17 touches of the ball while on the pitch, while none of his three shots were on target, and he failed to make either a single key pass, or complete one dribble.

That is something that did not go unnoticed amongst the Leeds fans as they took to Twitter to give their thoughts on the game, with many rather critical of Roberts.

Here, we take a look at what some of those supporters had to say about the 22-year-old’s latest performance.

This has to be getting worrying for those of a Leeds United persuasion now.

Roberts has had a number of chances to make an impact for Leeds this season, but for one reason or another, just doesn’t seem able to take them.

As a result, with Leeds badly in need of results to improve their league position, it feels hard to see the attacker getting too many more outings any time soon.

There is no doubt that Roberts is a talented player, but for one reason or another, it just doesn’t seem to be working out for him at Elland Road. With that in mind, a move elsewhere could arguably be best for all involved.