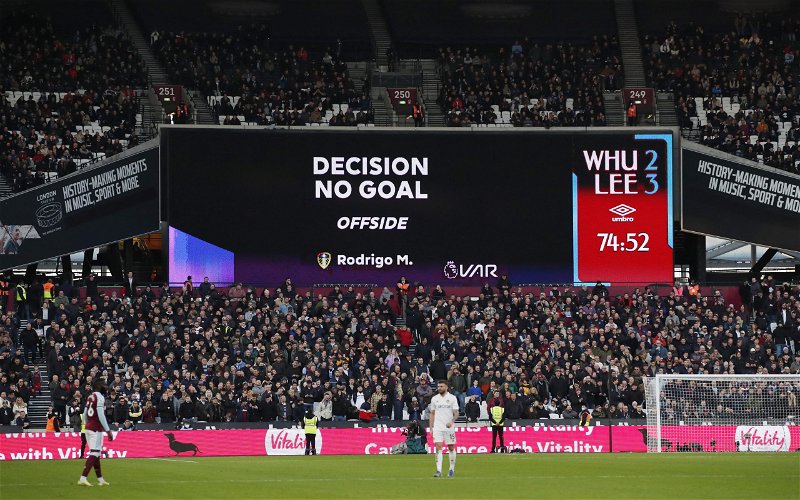 Leeds United defender Liam Cooper has taken aim at VAR once again during the win over West Ham.

Last week’s shambolic non-offside decision marred West Ham’s 2-0 win over Leeds in the FA Cup, and as the two sides met in the league, there was another similar talking point.

Mateusz Klich thought he had out the game to bed at 4-2 when he slotted home from a Raphinha cut-back, only for it to graze Rodrigo on the goal line on the way in.

VAR chalked off the goal with Rodrigo in an offside position, yet not really doing much to alter the outcome of this phase of play. The ball was going in regardless of where the Spaniard was stood:

Liam Cooper was not happy with this one being ruled out, as he reacted to this tweet from Sheffield Wednesday’s Josh Windass:

By the rules of the game, that goal had to be disallowed, because he’s directly interfering with play while offside.

The issue I think everyone has with this is that Rodrigo being there does very little to alter the course of that play, because it’s either brushing him or going straight in.

Either way, it’s hitting the back of the net.

Common sense would be great with some refereeing decisions but everyone should have expected that one ruled out as soon as we saw Rodrigo had touched it.