Stuart Dallas has taken to Instagram to celebrate the milestone achievement of 200 Leeds United appearances, with former teammate Lewis Cook congratulating him.

Having signed back in 2015 from Brentford, a lot has changed at Elland Road for both Stuart Dallas and Leeds United.

Joining as a winger, he made an immediate impact under Uwe Rosler, registering two assists in his first five games and became an integral part of the side.

Since then, he’s been deployed in a number of positions before Marcelo Bielsa made him one of the Championship’s best full-backs and now he’s showing his credentials in the Premier League.

Dallas has missed only a single league game since the start of last season, highlighting just how valued he is in this squad.

Whether it’s been at left-back, right-back or central midfield, he’s put in a minimum of a seven out of ten performance no matter what.

Yesterday against Arsenal was Dallas’ 200th appearance in a Leeds United shirt and he was deployed in a somewhat unfamiliar central midfield role, but played it with ease as he came the closest to opening the scoring in the second half.

After the stalemate, he took to Instagram to celebrate the milestone. There was one noticeable former teammate who took the time to congratulate him too, as Leeds academy graduate Lewis Cook commented on the post:

A great week for both players as Cook’s 25-yard beauty helped Bournemouth seal a 4-2 win over Reading on Saturday, incidentally his first goal for the Cherries on his 97th appearance for them.

Dallas has come an awful long way at Leeds United, as he’s now one of Marcelo Bielsa’s first names on the team sheet in the Premier League.

Not many would have expected a winger from Brentford to become a very competent Premier League full-back for Leeds, but here we are.

The same can’t be said of Lewis Cook following his move to a then top flight Bournemouth side, who stagnated and are now in the Championship.

Injuries have scuppered what was set to be a very strong career for Cook in the top flight, but he’s still only young and has a chance to get back on his feet before he gets back in the Premier League.

His rapid development in those two seasons was clearly accelerated by the abundance of experienced Championship players in that Leeds squad to help him through and Dallas’ impact on him is showing. 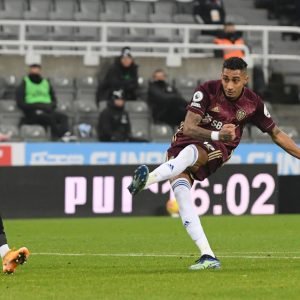