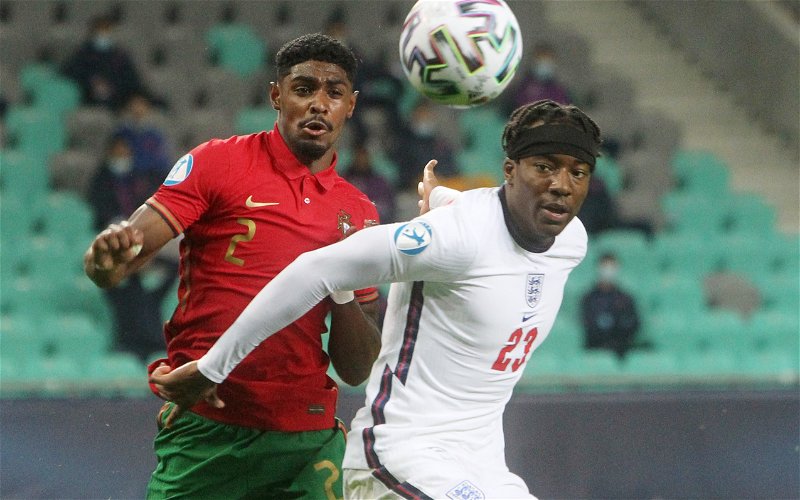 Leeds United have been credited with interest in PSV man Noni Madueke, but Leicester City appear to have made the first move.

Leeds have set their sights on a number of positions ahead of the summer, with defensive and attacking players both on the agenda.

Focus can turn towards the off-season now with the pressure off, as Leeds cruise towards a mid-table finish.

Marcelo Bielsa won’t see it that way, but he’ll still be offering his input to Victor Orta on where Leeds need recruitment.

One attacker that Leeds have been linked with is PSV and England under-21 forward Noni Madueke, as per the Evening Standard.

The youngsters has been in exceptional form the the Eredivisie club this season and is rightly attracting interest.

However, the Whites are not alone in their potential pursuit.

The Daily Mail are now claiming that Champions League-chasing Leicester City have made an enquiry for Madueke.

The report also details that AC Milan and RB Leipzig are interested, and he holds a value of £15million.

Brendan Rodgers’ long-term interest in Madueke stretches back to his time at Celtic, and could see him get this deal over the line.

Whoever signs Madueke is getting a very talented player.

It wouldn’t surprise me if Leicester did pip the rest to this signing, given their position in the league.

I can’t disagree with that being a good move for Madueke though. He only has to look at Harvey Barnes and Kelechi Iheanacho as proof of good development.

However, I’d still be eager to see Leeds pursue him if the price tag is set at £15million.