Leeds will finish in the Play-Off’s despite struggles, this is why 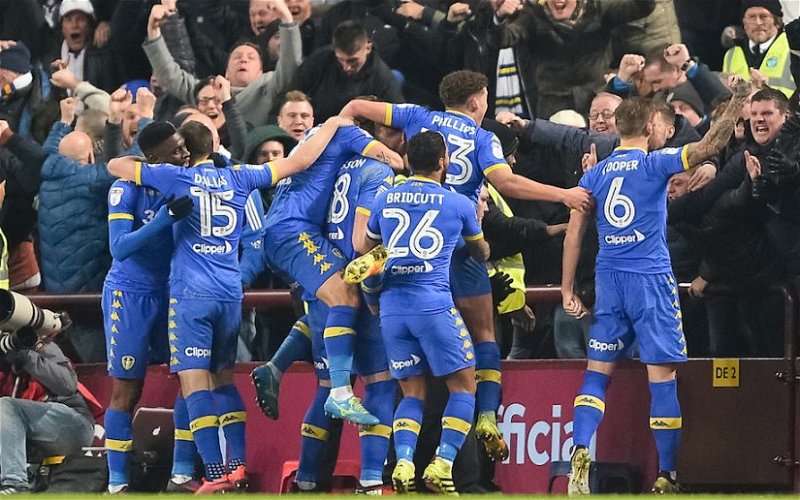 Leeds United have three games to save their season.

Saturday’s 1-0 defeat to Wolves has left the Whites in 7th place in the Championship with goal difference separating them from the Play-Off places. After holding a Play-Off place for 26 consecutive games are 142 days, Leeds have chosen the worst possible time to blow up. Garry Monk’s side have put in some very lacklustre performances since January. Derby, Brighton and Preston, all at home, are probably the only games where we can truly say we’ve deserved to win. Since the turn of the year we’ve won 9 out of 19 matches, 6 of those came in the first two months of 2017 meaning we’ve only won 3 in 9 between March and April. This doesn’t represent the kind of form from a team hoping to gain promotion to the top flight.

Our last three games will see us face Burton Albion away, before we take on Norwich at home and end the season with a trip to the DW Stadium to play Wigan. Burton are fighting for their lives and remain just above the relegation zone and a victory next weekend could see them secure another season in the Championship. Norwich mathematically can’t reach the Play-Off’s and will hopefully be on the beach when we play them on April 29th. Wigan could well be down before we play them, they’re 5 points from safety now but defeat to Cardiff and Reading will see them relegated at the first time of asking.

In the three games against these teams previously this season we’ve managed 7 points out of 9, which represents decent form. Providing we repeat this feat I’m almost certain we’ll be in the Play-Off’s come the end of matchday 46. With Fulham and Sheffield Wednesday to play each other come the final day we need the fate to be in our own hands. If both sides need just a point to secure their Play-Off place don’t be surprised to see them play out the worst draw in football history.

I don’t want this season to peter out like 2010/11 when we were pipped to a Play-Off place by Nottingham Forest. It’s been a similar scenario this season though, holding a place in the top 6 for so long and then bottling it at the very end of the campaign. Monk really needs to rally the lads and hopefully they do what’s required.

I’ve had a go at predicting the final 3 games for the current sides in the Play-Off’s as well as Leeds, Derby and Preston. If my predictions do come true then we’ll finish 6th on 80 points, 2 clear of Fulham, although goal difference will dictate where us and Wednesday place. This would mean facing Huddersfield in the Semi-Final’s and hopefully we can repay them for doing the double over us in the League by defeating them when it really matters. That’ll leave either Sheffield Wednesday or Reading in the final and on our day we can beat either of them. 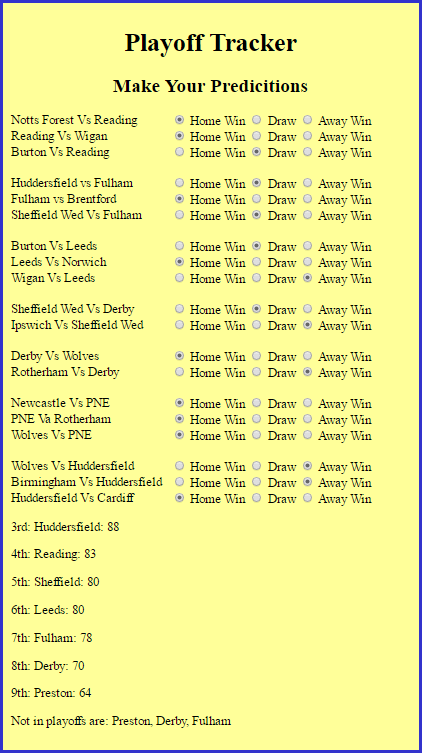 My predictions can be found above and you can have a go yourself at predicting by visiting 42wide.com

Obviously we haven’t made it as easy as it could’ve been but Leeds United never do things the easy way. It’s fair to say I’m very annoyed with Saturday’s performance but we can’t change the past, we just need to go out in the last 3 games and make sure come 2pm on May 7th we are in that top 6.

Let us know your thoughts in the comments below. Can Leeds recover to finish in a Play-Off place?