Diego Llorente missed last night’s 6-0 defeat at Liverpool with a hamstring injury, with Leeds United holding back the centre-half with a view on Saturday’s clash with Tottenham.

Leeds were on the end of another heavy scoreline at Anfield, as pressure grows on Marcelo Bielsa and his side in the Premier League relegation battle.

Bielsa was without Robin Koch and Liam Cooper at Liverpool, with Llorente adding to his concerns after picking up a hamstring injury in the 4-2 defeat to Manchester United on Sunday.

Llorente was absent from Leeds’ starting line-up against Liverpool, with the 28-year-old the notable absentee from the previous squad.

The Athletic reveal that a hamstring complaint picked up against Manchester United was the reason for his absence.

There had been hope that the Spaniard could feature on Merseyside, but Leeds opted to hold Llorente back, with a view on Saturday’s meeting with Tottenham at Elland Road.

A 6-0 defeat for Leeds means they have now conceded 56 goals this season – the most of any Premier League club – and sit 15th in the table, only three points clear of the relegation zone.

Are Leeds going down? 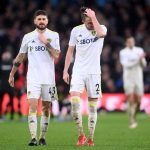 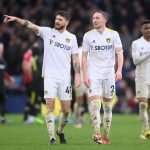 If Llorente wasn’t 100%, Leeds were right not to risk him.

The trip to Anfield was a free-hit when you looked at it this time yesterday, with nobody really expecting any points.

As it was, the defeat was another unacceptable surrender, but you question whether Llorente would’ve made too much difference.

Leeds are too easy to play at the moment, coughing up chances and lacking the leadership of Liam Cooper, Kalvin Phillips and Patrick Bamford.

The hope now will be that Leeds can recover Llorente for Tottenham and try to chip away at some of their vulnerabilities.

Still, it’s a big ask even with the Spanish international returning.