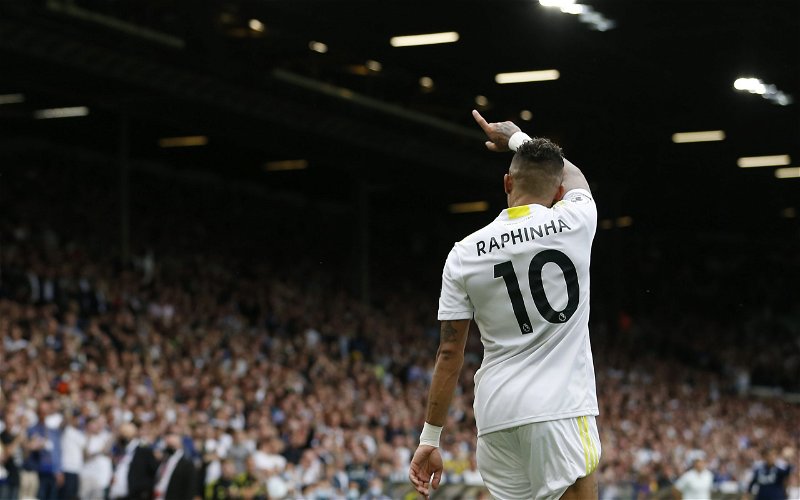 While the transfer window is shut, there is not much that can happen in the way of movement or agreed signings, but there are reports of discussions taking place at certain clubs.

Leeds’ overall form hasn’t been ideal so far this term but their current top scorer with three goals, Raphinha, is catching the eye once again.

After netting his third goal of the season against West Ham at the weekend, it was further proof that the winger is one of the most valuable players at the club.

His dazzling play out wide combined with a cutting edge in the final third makes him one of the most dangerous wingers in the Premier League right now.

With that will inevitably come interest from elsewhere, and now Spanish outlet Fichajes.net are claiming that La Liga giants Barcelona are keeping tabs on the Brazilian.

The report also comes with information that a deal to sign him would perhaps come within the broad region of between 25 and 50 million pounds.

Raphinha is currently valued at £27million on Transfermarkt after seeing that figure almost double since joining Leeds from Rennes last summer.

I cannot see this happening at all.

Not only will we be looking for an awful lot more money than what has been reported here, but Barca haven’t got to two pennies to rub together.

They had to let Lionel Messi go because of financial constraints and they’re still not out of the woods yet.

If any club wants Raphinha, he looks like he’s adding value to his price with every performance he puts in at the moment.

For me, there’s no chance Barcelona can make this signing.