Leeds United to miss out on long-term transfer target 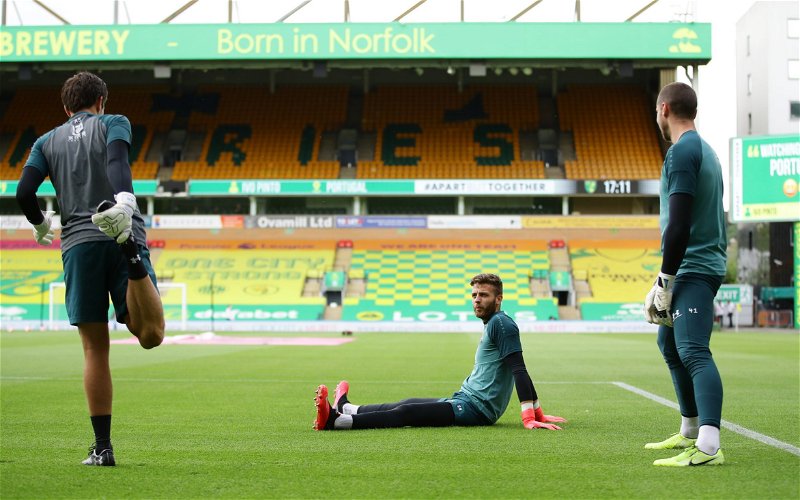 Leeds United are looking set to miss out on goalkeeper target Angus Gunn as Norwich City edge closer to bringing him to Carrow Road.

Leeds have been able to rely on Illan Meslier in the Premier League this season and there is absolutely no question about his credentials to start in goal for the club.

Behind him, though, there isn’t much confidence in backup stopper Kiko Casilla and he could be set to leave the club this summer.

The Whites have been recently linked with a move to hijack Norwich City’s £5million transfer of Southampton ‘keeper Angus Gunn, via Football Insider.

The 25-year-old has been on the periphery on the South Coast recently, resulting in a loan to Stoke City in the Championship this season.

However, he’s a player that certainly has quality, and at £5million he’s a potential bargain to either Leeds or the Canaries.

Now, the Mirror are reporting that the Whites are set to miss out on Gunn as he remains on course to join his former loan club Norwich.

Gunn is a player that has been on the Leeds radar for some time, with reports emerging back in the summer of 2018 that Victor Orta was keeping tabs on him.

It’s not the end of the world that Gunn isn’t going to be joining Leeds.

If we’re being honest, Norwich is a better move for him because he’s going to be battling a lot closer for the first-choice spot.

Had he joined Leeds, we all know he’d have been second choice because there aren’t many Premier League ‘keepers we’d have in front of Meslier.

I hope he does well at Norwich because there’s an extremely talented player there and he deserves to be a starter in the Premier League.

£5million is a potential steal in my books.