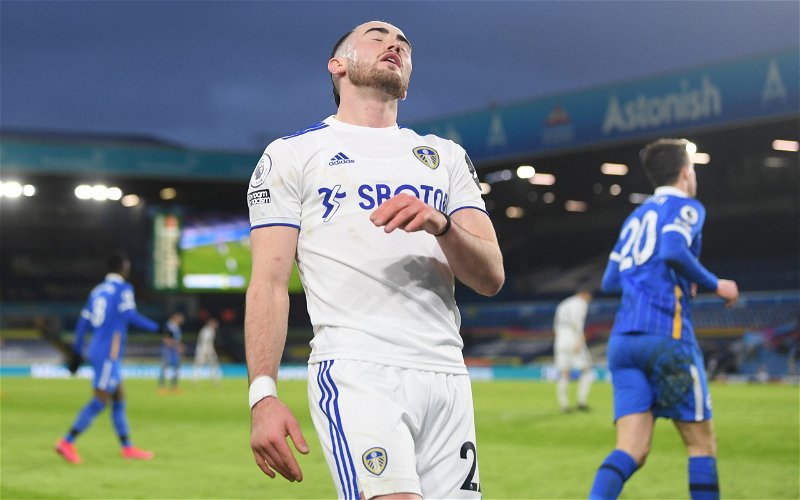 Jack Harrison will become a permanent Leeds United player on July 1st when the Whites will swoop to bring him in from Manchester City.

Leeds have had Harrison on loan for the last three seasons, with the winger playing a key role under Marcelo Bielsa at Elland Road.

Now, after three consecutive loans, Leeds are finally set to sign Harrison on permanent terms for the 2021/22 campaign.

As per a report from the Mirror, Leeds are set to announce Harrison’s permanent arrival from Man City on July 1st.

The 24-year-old’s transfer fee will remain undisclosed, but this report does suggest that Leeds will be forced to fork out between £10-15m for the service of the winger.

Harrison’s first two season at Elland Road saw him eventually help Bielsa’s side to promotion, whilst he has also made a seamless transition to life as a Premier League player.

He featured in all-but two of Leeds’ top-flight fixtures, missing out twice against parent-club, Man City.

In those 36 outings, Harrison returned eight goals and eight assists.

This really is great news for Leeds United.

Harrison has been a big part of putting Leeds back in the Premier League, whilst his impact in the top-flight this season has been nothing short of remarkable.

Even at £15m, Harrison is a steal for Leeds, particularly given his importance over the last two seasons.

It’s great to finally be looking at sorting Harrison’s permanent future out, just at the point where he’s really starting to emerge as a player to watch in the Premier League.

Continuing on this trajectory could see Harrison be worth a fortune in the future.