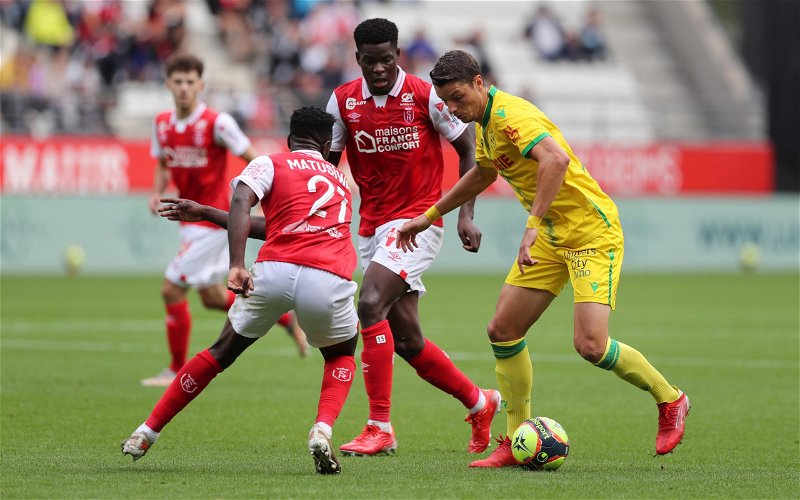 That’s according to a report from French outlet Homme Du Match, who say that the Whites are set to make a €5million bid for the 29-year-old.

After spending much of the early part of his career playing in his native Brazil, Girotto joined Nantes from Tombense back in the summer of 2017.

Since then, the Brazilian has gone on to make a total of 130 appearances in all competitions for the French top-flight side, scoring eight goals in that time.

Now it seems as though the 29-year-old, who can play as either a holding midfielder or a centre back, is starting to attract attention from Elland Road.

According to this latest report, Leeds are planning to reignite a past interest in Girotto when the market reopens in January, when they are expected to make a €5million bid for the versatile midfielder.

There are currently three-and-a-half years remaining on Girotto’s contract with Nantes, securing his future at the club until the end of the 2023/24 season.

This could certainly be a very smart signing for Leeds United you feel.

Much has been made of the fact they didn’t sign a holding midfielder in the summer, meaning that is an area they may still need to address.

Signing a player like Girotto would allow them to do that, while also providing some extra defensive cover if necessary, with a player who has plenty of top-flight experience.

Add in the fact that an offer of €5million should be more than affordable for Leeds, and this does seem to be one that could be well worth pursuing for those in charge at Elland Road.