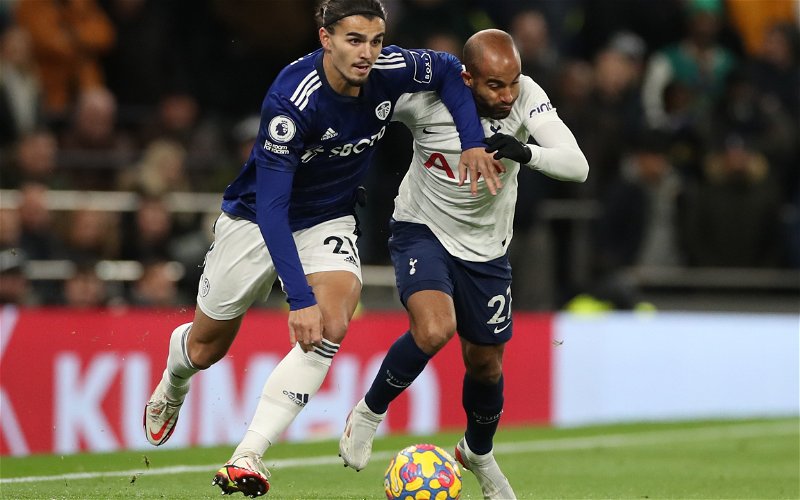 Leeds United defender Pascal Struijk has revealed how there were big doubts around him when he opted to ditch Ajax for Elland Road.

The Whites have invested very well in the long-term under Andrea Radrizzani’s ownership, with under-23 signing coming every season.

There had to be plenty of restraint from the club not to splash out on first-team signings during this time, with the pressure to clinch promotion immense.

Pascal Struijk became a Leeds player during the January window of the 2017/18 season as he moved to England from Dutch giants Ajax.

Struijk’s arrival went under the radar at both ends of the deal as fellow Ajax youth centre-back Matthijs de Ligt emerged as one of Europe’s best talents, while Leeds fans clamoured for more marquee signings as Thomas Christiansen strived for a top-six push.

The young defender had to bide his time, but under Marcelo Bielsa, he’s developed into one of the best young centre-backs in the Premier League and very close to nailing down a regular spot in the lineup.

It has brought Struijk a lot of satisfaction for him to have a platform to be able to show his abilities, something he doesn’t think he had at Ajax.

Speaking to Voetbal International, he had this to say on his 2018 move to Leeds:

“I was certainly not the best youth player at Ajax in those days. But the hidden potential was not seen either. The only thing is: what do you do about it?

“He has to show how much he wants it. That urge has grown a lot in me in recent years. I needed some help with that.

“Quite a few people had their doubts (about Leeds). Especially when I made the move to England so young, wasn’t that too quick? But everyone’s path is different.

“For me, this turned out to be the right one. I’m showing how things can also go if you’re not seen at Ajax.”

The faith that he’s been given since he moved to Leeds has been second to none, and he won’t have looked back since he left Ajax.

Bielsa has a lot of confidence in Struijk and rightly so because I believe he is going to be a big part of our future as we transition from the core that started Bielsa’s regime.

It didn’t seem like the wisest move during the time of his arrival or the club to avoid first-team improvements but it’s paid off massively now.

It shows just how much foresight Radrizzani and Victor Orta had to be able to make these sorts of signings, in spite of all the failings that season too.