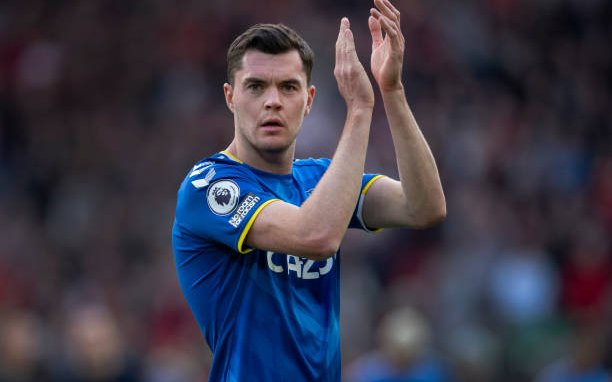 Leeds United have shown an interest in Everton centre back Michael Keane during the January transfer window.

That’s according to a report from TalkSport, who say that the Toffees are reluctant to let him join a Premier League rival this month.

In comparison to recent seasons, Keane has found game time hard to come by at Everton during the current campaign.

The 30-year-old has played just 22 minutes of Premier League football this season, having fallen down the pecking order at Goodison Park.

As a result, it seems the centre back is now facing an uncertain future at Everton, with this latest update claiming that the defender had been blocked from leaving the club, despite his lack of game time.

It is thought that Leeds, along with West Ham and Southampton, had shown interest in signing the England international this month, but that Everton had been reluctant to sell to a Premier League rival.

However, the report does go on to note that it remains to be seen if the Merseyside club’s stance on Keane’s future could now change, following the sacking of Frank Lampard as manager.

Even if Everton were to change their stance to allow Keane to go out on loan this month, this doesn’t feel like it would be a deal worth pursuing for Leeds.

Jesse Marsch already has plenty of central defensive options at his disposal at Elland Road, particularly with that being the position Max Wober has taken up since his arrival.

As a result, it doesn’t feel like the pursuit of another centre back would be the best use of the club’s time and money, considering the need for reinforcements in other positions.

With that in mind, it does feel as though it would be a surprise if we were to see Keane at Elland Road on a regular basis in the second half of this season.