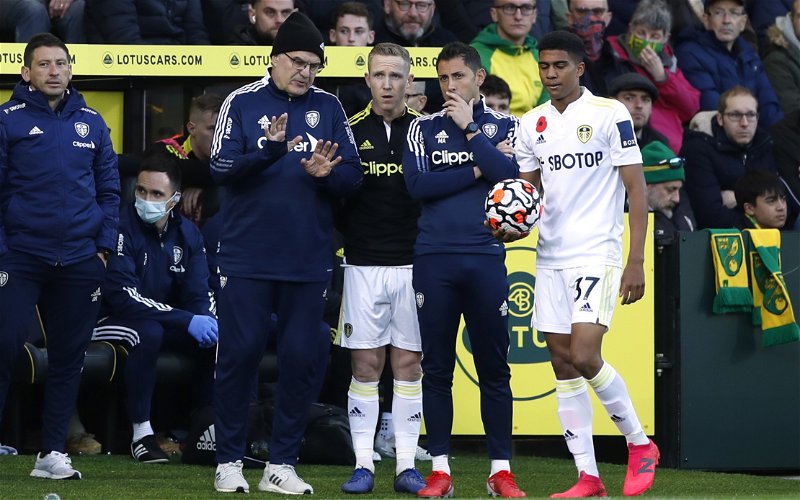 It’s not a secret that Leeds United need to sign a central midfielder in one of the next two transfer windows. Marcelo Bielsa’s squad is badly lacking in that area in terms of quality and depth.

Leeds failed to sign Conor Gallagher on loan from Chelsea in the summer transfer window and then never hit the gas to get Lewis O’Brien at Huddersfield. By the time September came, Andrea Radrizzani had put his neck on the line to claim Adam Forshaw was the solution.

Forshaw had been out of action for almost two full seasons and his comeback hasn’t been straightforward. He’s picked up niggles and knocks along the way, meaning Bielsa can hardly rely on him.

Yesterday, though, as Leeds hauled themselves over the line for a crucial 2-1 win at Norwich City, Forshaw showed his quality with a tidy cameo to wrap up three points.

As our graphic shows, Forshaw was a busy man inside only 18 minutes.

He created two shooting opportunities for his teammates, although an xA (expected assists) of only 0.04 tell you the quality of those chances weren’t clear cut.

The 30-year-old attempted three forward passes in bid to get Leeds on the front foot, finishing the game with a pass success of 78% – he only misplaced two passes.

Out of possession, as Leeds held on, Forshaw made one interception and two ball recoveries in his own half.

The quality of Leeds’ opponents aside, this was a good afternoon for Forshaw in a crucial fixture. Radrizzani has put a spotlight on him and unnecessary pressure, he needs to be praised when he produces like he did.

Leeds still need that extra body in midfield and their position in the table tells you they could do with a touch more quality, too.

On the evidence of Sunday, though, Forshaw might be the perfect stopgap.