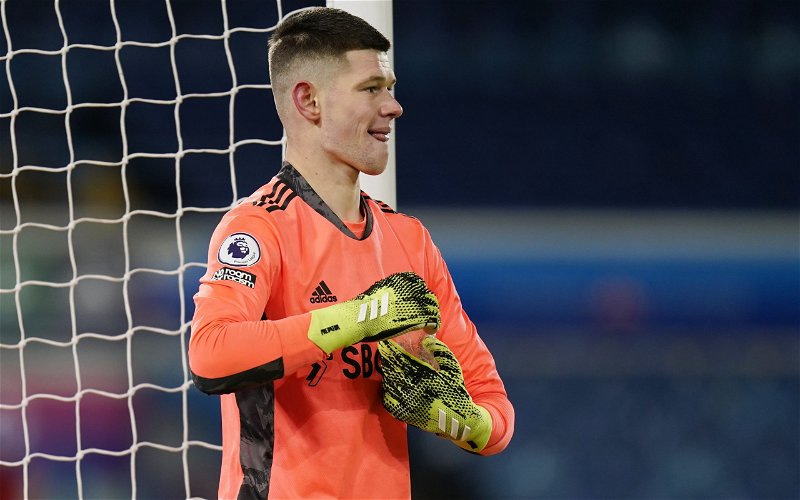 Illan Meslier recorded his seventh clean sheet of the season as Leeds United swept aside Crystal Palace 2-0 on Monday night.

The Whites were completely dominant at home to the Eagles, a huge contrast from the last match against Roy Hodgson’s side.

A lot has changed for Leeds since that game, with the side looking a lot more acclimatised to the gulf in quality between the Championship and the Premier League.

It’s helped us clinch wins over both Leicester City and Palace now after their successive 4-1 wins over us.

We’ve been criticised an awful lot this season for shipping goals and leaving ourselves incredibly open at the back, but none of that has been aimed at Illan Meslier.

At just 20-years-old, he’s taken to the Leeds United number one spot with ease and looks an incredible talent for the future, if not a strong goalkeeper already.

His latest outing did little to test his credentials as Palace rarely threatened, but he dealt with what they threw at him well, notching up his seventh clean sheet of the season.

In doing so, he has already equalled the record held by Joe Hart in 2007/08 of the most clean sheets in a Premier League season before his 21st birthday, as revealed by LUFCFanZone on Instagram.

Meslier turns 21 on the 2nd March, so he has four games to add one more clean sheet to his tally and claim the record for himself.

It’s no surprise that Meslier is on the cusp of such a record, considering how he and the defence have been able to grow into this season.

More clean sheets so far than Alisson of Liverpool highlights how he’s taken to the top flight.

I’m confident that he’ll be able to break that record in these four games, even if we’ve got a mixed bag of opponents largely stuck in mid-table.

Meslier has been such a steal at £5million and he’s only going to get better with age, which is a frightening prospect.

What is more important than records is that Meslier and the defence in front of him continue to prove that they are getting better with every passing game.