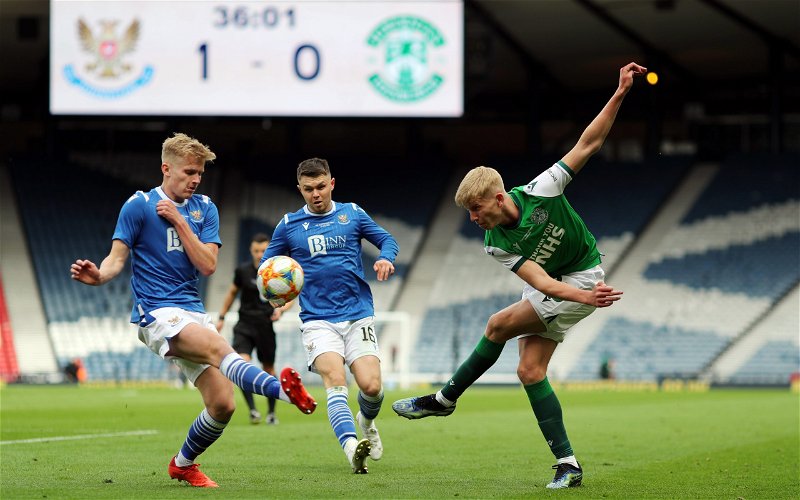 Leeds United have been linked with a move for Hibernian left-back Josh Doig, and he is reportedly nearing a transfer away.

Leeds have been very shrewd in their pursuit of youngsters in the last two summer windows, strengthening the academy sides well since climbing into the Premier League.

Marcelo Bielsa’s pathway into first-team football is something that has been inviting for players looking to move and has seen Leeds bring in a host of exciting prospects.

After the arrival of Junior Firpo, the club have a nailed-down left-back in the squad, but very little depth behind him with Leif Davis leaving for Bournemouth.

It means that there is a gap there for Leeds to bring in a young defender to cover for the new man.

Links to Josh Doig have been present for months as the Hibernian youngster continues to shine in the SPL having just turned 19-years-old in May.

His looks set to depart from Hibernian for a hefty fee, and the latest comes from The Athletic’s Adam Leventhal who has reported that two unnamed clubs are close to agreeing a deal that could cost between £4-5million:

It makes sense that we could be one of the clubs who are pushing here, given the offer of first-team football that could be on the table.

While he wouldn’t be starting frequently at first, the long-term benefit of playing under Bielsa would be something that could trump a lot of other offers he might have.

I’m not sure whether any of the clubs that would sign him would want him straight into the starting lineup, and that would swing it in our favour.

That figure is a lot of money for a teenager from a lesser league but he’s clearly a very talented player and could go onto great things.