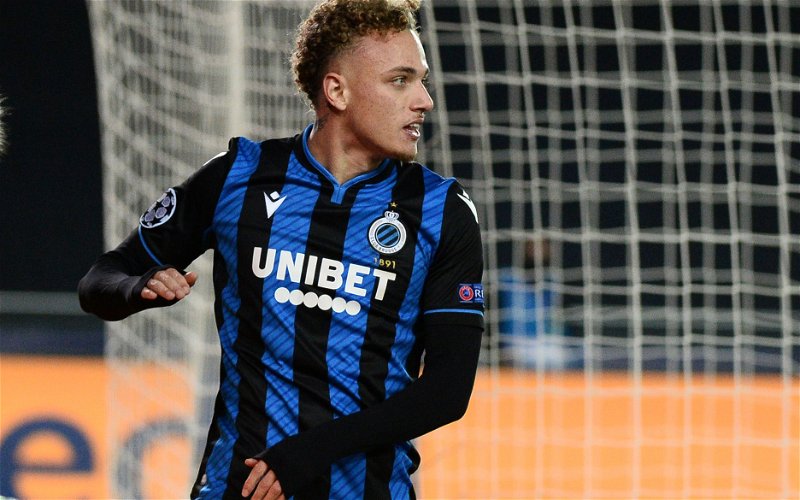 Leeds United may have been handed an incentive to revisit their interest in Club Brugge winger Noa Lang next summer.

That’s after Lang’s current club manager, Philippe Clement, admitted he could see the 22-year-old joining a big club at the end of this season.

Following an outstanding debut campaign with Club Brugge last season, where he scored 17 goals in 37 appearances, Lang was heavily linked with Leeds over the course of the summer transfer window.

Ultimately though, no move to Elland Road materialised for the Dutchman, and Leeds instead added to their options out wide with the deadline day signing of Dan James from Manchester United.

Lang meanwhile, has continued his impressive form for Brugge. The 22-year-old has scored four goals and provided four assists in nine games across all competitions this season.

Now it seems as though that could open the door for Leeds to make a fresh move for Lang next summer, following Clement’s admission over the winger’s future.

Speaking about Lang in an interview with Belgian outlet De Morgen, Clement said: “It is always difficult to assess the career of a young footballer because you don’t know what hurdles he will take.

“That’s why it’s a good thing for Club, but also for Noa that he stayed this summer. He absolutely must finish this season with us. If Noa keeps making steps, I consider him capable of going to a big club next summer.”

This is certainly an interesting admission for Leeds United to consider here.

Lang does seem to be a player who could make an impact in the Premier League in the future, and it seems Clement is not ruling him out of such a move sooner rather than later.

However, having already brought in Dan James this summer, and with Raphinha and Jack Harrison on the books, you wonder whether a winger is likely to be a priority for Leeds any time soon.

Indeed, with plenty of time remaining on his Brugge contract as well, it is unlikely Lang would be going cheap, and it could be argued there will be positions Leeds need to spend their funds on more urgently by the time next summer comes around.