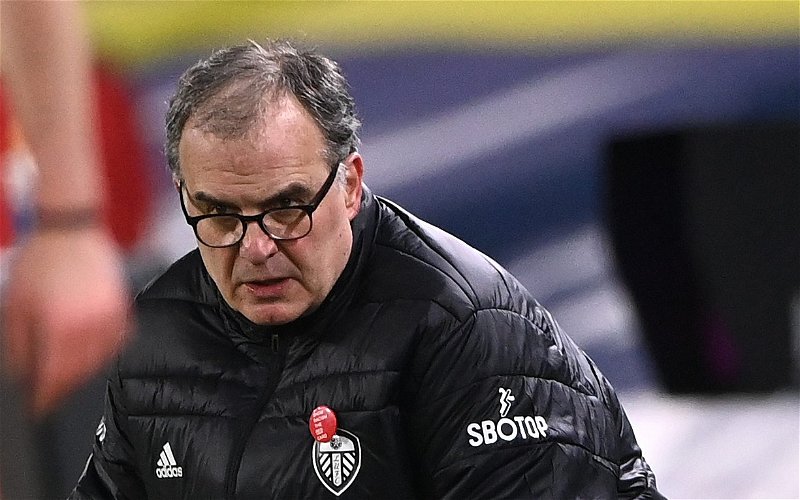 Leeds United vice chairman Paraag Marathe says he is relaxed about the contract situation of manager Marcelo Bielsa, and hopes that the Argentine will stay at Elland Road beyond the end of this season.

Bielsa’s current contract with the club will expire at the conclusion of the current campaign, although these comments suggest there is little concern about that from behind the scenes.

As he almost always seems to do, Bielsa only put pen to paper on a new one-year deal at Elland Road in the summer, meaning theoretically, it is possible Leeds could go into next season with a new manager in charge.

However, it seems as though there is a confidence within the boardroom at Leeds that this will not happen, judging by these latest comments from Marathe.

Having recently appointed as the club’s vice president following fresh investment in the club from the US-based 49ers franchise he owns, it seems as though Marathe is already thinking of a future for the club that involves Bielsa, even if negotiations over a new contract will be overseen by Leeds owner Andrea Radrizzani.

Speaking about Bielsa’s contract situation in an interview with The Telegraph, Marathe said: “He [Radrizzani] is the leader of this club and hopefully he can figure out a way to get it done.

Indeed, it seems Marathe is confident that talks will reach a satisfying conclusion for all concerned, as he added: “You never want a situation where somebody doesn’t want to be there, and you are just holding them to their contract. I’m pretty relaxed about the situation, I hope he [Bielsa] stays.”

This certainly seems to be promising from a Leeds United point of view.

You can never be quite certain when new investment comes into a club, just what impact it might have on the current managerial setup at a club.

However, it seems as though there is no suggestion that this could lead to a change in the dugout at Elland Road, which considering the job Bielsa has done so far, can only be a good thing.

Indeed, the fact that Marathe is clearly so keen to keep Bielsa at the club, indicates that he is well aware of the affection towards the Argentine from the fanbase, and the success he has had on the pitch, which implies he is taking his role with Leeds seriously in spite of his other interests, which bodes well for his involvement with the club going forward.