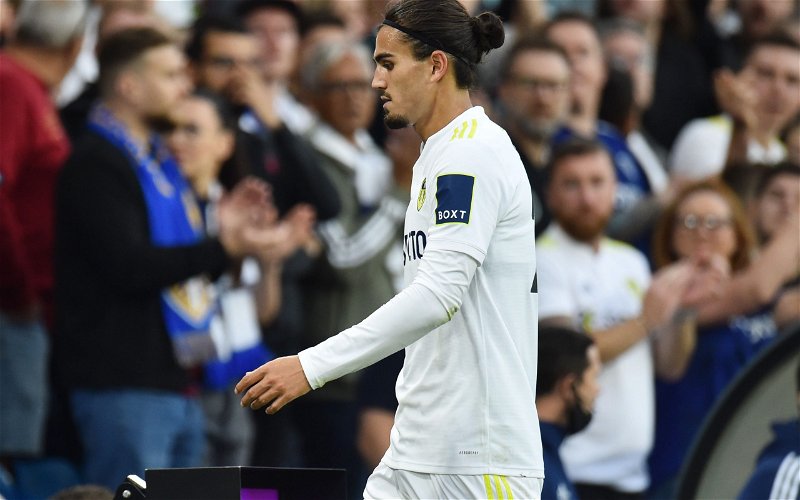 The Whites face West Ham today hoping to get their season underway with a first win in the Premier League.

They will have to do so without three of their four senior centre-backs, as injuries and a key suspension plague Marcelo Bielsa’s selection process.

Pascal Struijk has been frustratingly kept out of the Leeds lineup for the last two games and for today thanks to a three-match ban.

He was red carded following the horror injury to Harvey Elliott in the defeat to Liverpool, where there was no foul given and referee Craig Pawson waved play on.

Huge discontent has come from the Leeds perspective as Reds manager Jurgen Klopp entered the field of play to discuss matters with Pawson, before he brandished the red.

So, as Leeds gear up for their third game without the defender, CEO Angus Kinnear has taken aim at Klopp in his pre-West Ham programme notes (via Adam Pope):

Following the panel’s decision we were left with no other recourse than to humbly request to the Premier League that opposing head coaches are not selected to officiate any more of our games for the remainder of this season.

It’s baffling to me that Klopp hasn’t seen a sanction of his behaviour.

He entered the field of play to discuss the situation with the referee, to which Pawson swiftly got his red card out.

While we don’t know what he had to say, it’s quite obvious he was after one thing following Elliott’s injury.

At least this is the last game that we have to contend with this peculiar suspension, and hopefully we don’t have to deal with this sort of behaviour again from any manager.