Leeds told to put up or shut up for Championship star 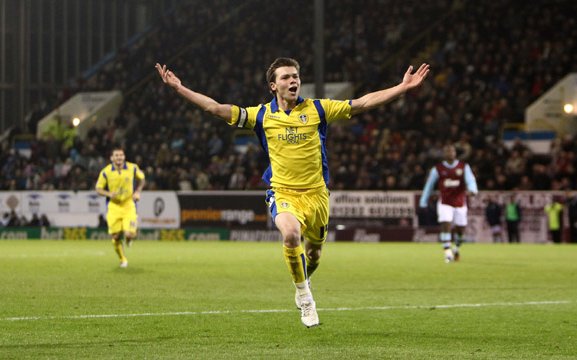 If Leeds United want to re-sign their former midfielder and captain, Jonny Howson, they have been told they will need to stump up around £5 million.

Howson has recently rejected a new contract at Carrow Road because he wants to move back up North and this has created rumours of a return to Elland Road as you would expect. Norwich themselves are looking to revamp their squad after last seasons disappointment and Howson could be one of those who is sold to fund their recruitment.

According to various rumours though Leeds have been told it will cost them £5 million to acquire their former captain. Howson was a product of the Leeds academy and made over 200 appearances during a six year spell at the club before he was sold to Norwich in the transfer window of January 2012. He was a major part of our squad back then and the fans loved him. He was sold for a measly £2 million during the Ken Bates era and has ultimately never been replaced.

Leeds have struggled with the central midfield role for years now and the signing of Mateusz Klich will hopefully do a lot to help improve that. With Ronaldo Vieira coming along nicely, the acquisition of Howson would further strengthen us in that position. Liam Bridcutt didn’t show enough for me last year but Eunan O’Kane did quite well I thought before being frozen out towards the end of the season.

Would £5 million be too much for a player of Howson’s ability? I don’t think so. I’d love for him to return to Elland Road and I’m pretty sure given the opportunity Jonny would want the same thing. His reaction at the end of the draw with Norwich at Elland Road last season said as much.

Let us know, would you like Howson to return?