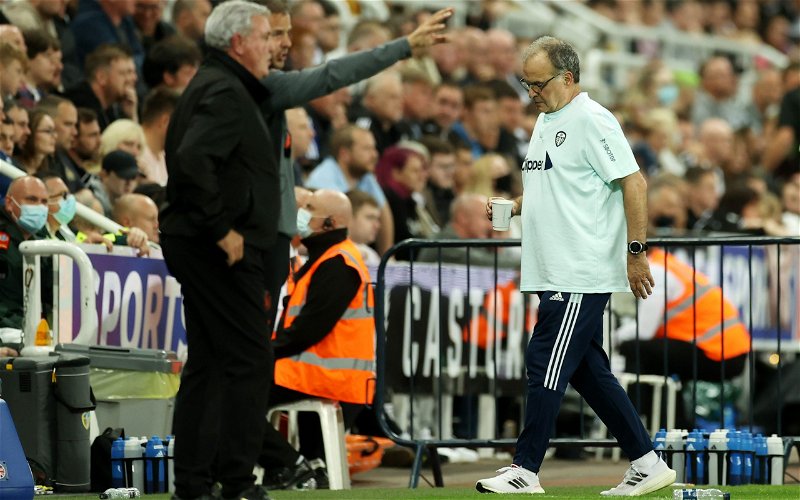 Leeds United manager Marcelo Bielsa has opened up about the recent takeover of Newcastle United as it continues to split opinion.

The financial side of the Premier League has been growing at a significant rate for some time now with clubs boasting riches that some clubs simply cannot keep up with.

The latest Premier League takeover has dominated the headlines in the past week, with Newcastle United now elevated to one of the (if not the) richest clubs in the world.

The buyout of Mike Ashley by the Saudi Arabian PIF has been greeted with virtually unanimous joy from Newcastle fans who are delighted to see the back of Ashley’s ownership.

However, it’s also seen plenty not too pleased with the new regime, with controversies and human rights issues being brought to light in the wake of the agreement being confirmed.

While the concerns being aired now should also be stressed when discussing the previous takeovers of both Chelsea and Manchester City, it’s been very apparent that some things haven’t sat right about this newest deal.

Perhaps unsurprisingly, Marcelo Bielsa was asked about this deal going through, where he offered a cryptic answer on the matter.

He stated (via Leeds Live):

“First of all: they have already happened and they are happening right now. Secondly: there are rules established to avoid the damaging consequences an operation of this type can have.

“What’s allowed and what’s prevented is actually prevented. If the rules that prevent the negative consequences are being applied.“

Bielsa is right in this instance, in that it’s not a case of whether this takeover should or shouldn’t have happened, because the rules have permitted it to happen.

The main thing to debate here is whether the rules we have in place are the correct ones when filtering through those that should be able to own a football club.

It’s easy for the other Premier League clubs to look back with hindsight and lambast this deal, but actual action would have been to stress this concern to the governing bodies prior to it being confirmed.

Newcastle have been pushing for this takeover for months, so if the clubs wanted to take action, they had their chance and didn’t bother.

I disagree with the premise of the club essentially being state-owned, especially when there are so many red flags we have to consider with those running the operation.

However, I can’t begrudge the Newcastle fans being delighted when they’ve struggled under a torrid owner for so long.