Leeds United have been drawn to face Premier League giants Arsenal in the 3rd Round of the Emirates FA Cup. The tie will be played on the weekend of January 3rd, a date which will bring fond memories to Leeds fans after they knocked Manchester United out on the same date back in 2010. 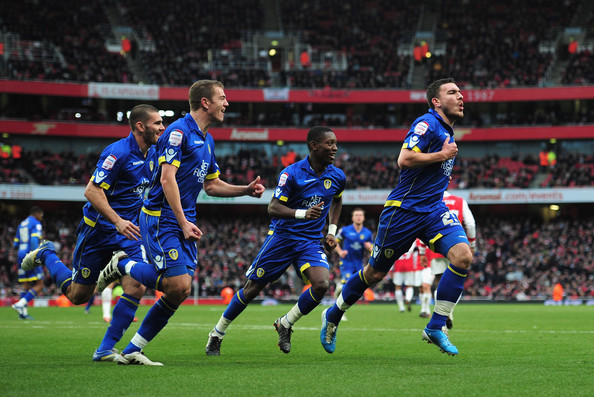 Leeds previously faced Arsenal in the same competition two years on the trot back in the 2010/2011 and 2011/2012 seasons. In the 2010/2011 season Leeds managed to get a draw at the Emirates and take Arsenal back to Elland Road. Robert Snodgrass gave Leeds the lead from the penalty spot before Cesc Fabregas rescued the Gunners in the 90th minute. In the return leg the whites gave a good account of themselves before eventually succumbing to a 3-1 defeat. In the most recent tie back in 2011/2012 season it was all about the return of Arsenal legend Thierry Henry, with the French striker coming off the bench to score the only goal in a 1-0 defeat for Leeds.

It will be a tough test for Bielsa’s Leeds but they will surely fancy themselves to get a shock result. United are top of the Championship playing free-flowing, attacking football; meanwhile Arsenal have really struggled to find form of late and have recently sacked Unai Emery after a poor start to the season. It’s certain to be a very exciting tie for Leeds and their fans who will travel to London in huge numbers, no doubt.