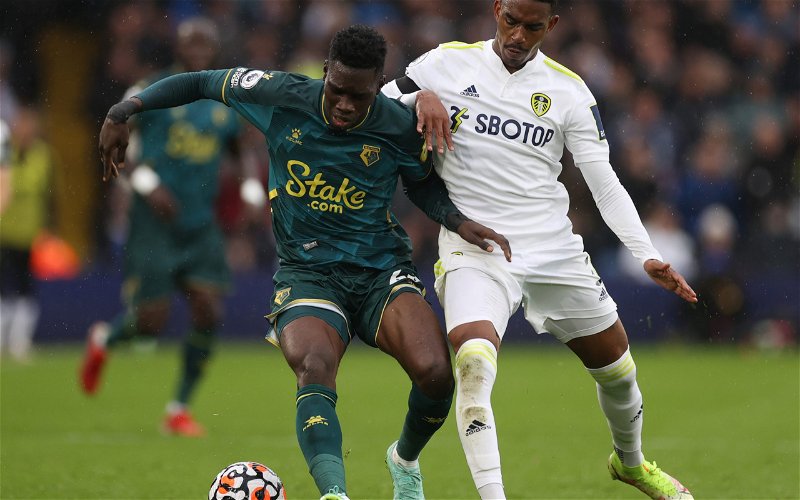 Junior Firpo has claimed his Leeds United return will come ‘soon’, ahead of Sunday’s clash with Tottenham in the Premier League.

Leeds have been without Firpo since the victory over Watford in early October. The summer signing has had a muscle injury, which he picked up during last month’s international break.

Marcelo Bielsa has been forced to play Stuart Dallas and Pascal Struijk in the absence of Firpo, but the 25-year-old’s return now appears to be on the horizon.

On Instagram – as shared by @leeds_utd_news – Firpo has shared an image, alongside the word ‘soon’:

There was hope that Firpo would have been able to return in Leeds’ most recent Premier League fixture against Leicester City, having played for the U23s the week prior.

That didn’t happen, but another week off for international football should have given Firpo the opportunity to return for Leeds at Tottenham this Sunday.

This would be a real boost for Leeds at Tottenham.

We’ve not seen the best of Firpo in a Leeds shirt yet, but his most recent appearance did tease what he could offer.

Bielsa getting Firpo back allows Dallas to cover right-back and potentially move into midfield, whilst Struijk can focus on developing at centre-back.

On the evidence of this update, it isn’t going to be long before we see Firpo back out on the grass.