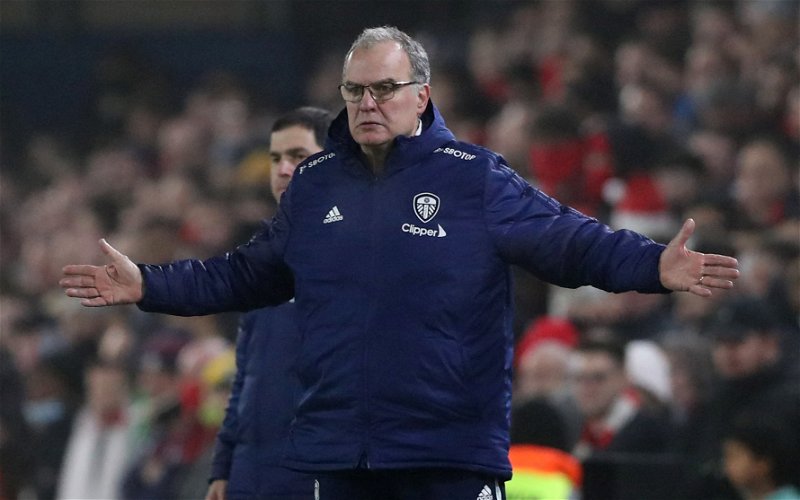 Leeds United have been reported to be tredding a fine line when it comes to Financial Fair Play restrictions.

The summer of 2021 took Leeds’ net-spending in the Premier League to around a reported £150million.

It’s a lot of money for a newly-promoted side to be throwing around, but that comes with the territory of being a top-flight outfit.

However, as the January window naturally presents dilemmas for Leeds in the transfer market that need solving by signing players, finances were claimed to be very tight this month.

Football Insider reported that loans might be the course of action due to FFP regulations, with Leeds struggling to bring in permanent signings.

There’s no absolute way of determining the Whites’ budget for this month, but Leeds Live’s Beren Cross has reported that a transfer or two wouldn’t put Leeds on that threshold.

He wrote in a Q&A with Leeds fans:

“I read the report around the FFP issues, but it’s not something I’ve come across myself. Kieran Maguire, a very well regarded expert in football finances, put something some research in November on how much each club had to spend in January and he calculated Leeds United had up to £99m to spend before running into FFP issues.

“If there were monetary issues, one of the modern trends with permanent transfers is to now declare a permanent signing, when the small print might say the first year of the deal is technically a loan before becoming permanent in year two of the contract.”

I don’t think we’re already at the point where we need to worry about breaching FFP limits.

Compared to what some of the big boys spend, we’re nowhere near year-on-year.

I’d be amazed if we were only able to sign loans this month, but I do feel like the club are being cautious this month, and for good reason.

We don’t want to get into a habit where throwing money at players is our only solution to problems.