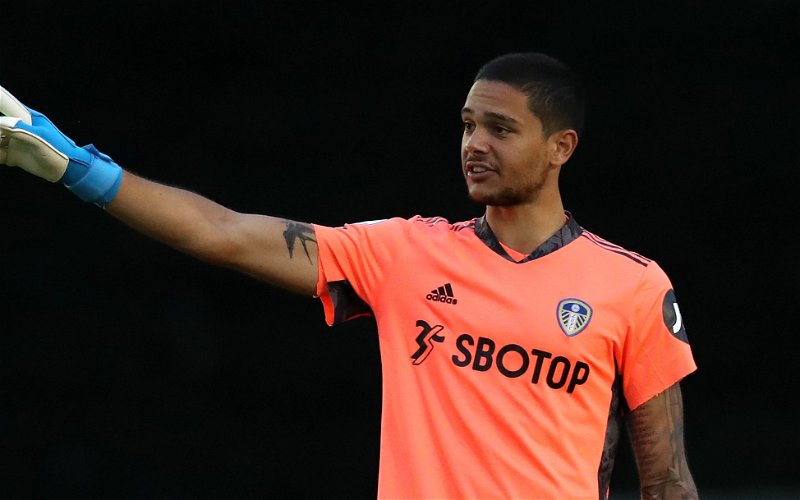 Leeds United are set to confirm a new contract for young goalkeeper Elia Caprile, according to Nicolo Schira.

Andrea Radrizzani and Victor Orta’s long-term investment in the youth setup has been brilliant since they took over at Leeds.

It has seen the academy gain Category One status and climb into the PL2 Division 1 with great investment throughout the ranks.

New signings have brought the standard of the squads up considerably and the plans for the club are there for the long-term.

Leeds’ last recruitment prior to promotion was goalkeeper Elia Caprile, who arrived in January 2020 and has been part of the under-23s squad ever since, with some appearances on the first team bench with Kiko Casilla banned.

He has been in impressive form for Mark Jackson’s outfit and looks a great talent for the future – an overall theme when it comes to the goalkeeping department at Leeds currently.

It has now been revealed by journalist Nicolo Schira that the young Italian is set to sign a new deal at the club to take his contract to the summer of 2024.

A one-year extension for Caprile, whose current deal keeps him at Elland Road until 2023.

It’s good that we’re tying him down to another year before it becomes too late and he leaves for a smaller fee.

Caprile might see the signing of Kristoffer Klaesson as a bit of a kick in the teeth but he’s only 19-years-old and has so much time to become a first-team regular.

The under-23s are going to get their toughest challenge yet this season and it will see a lot of the players come on leaps and bounds in their development.

I’d expect Caprile to be very busy this season and it could see him blossom.