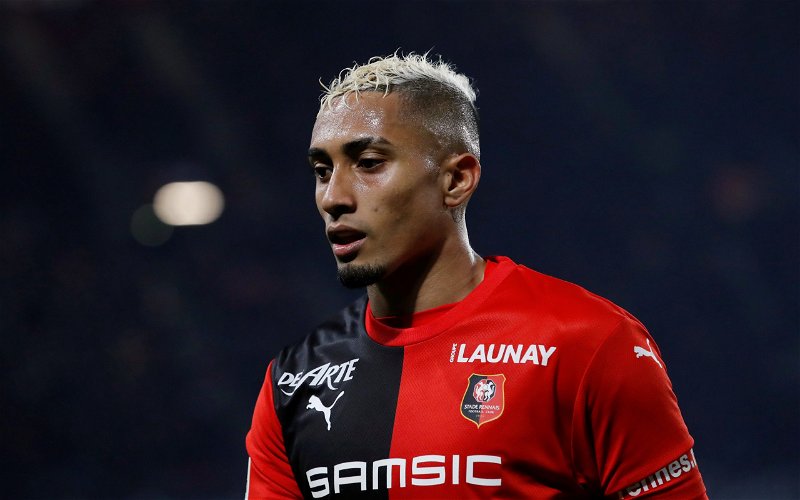 It’s been reported that Leeds United are closing in on the signing of Raphinha and a work permit will not be an issue.

Leeds are in a race against time to complete international deals, with the transfer window set to close at 11pm this evening.

However, everything appears on course for Rennes’ Raphinha to sign.

Mike McGrath at the Telegraph has confirmed that Leeds are closing in on the signing of Raphinha.

He’s a Brazilian winger, but he’s got an Italian passport, which helps Leeds overcome the potential issue of sourcing a work permit.

Leeds have until 11pm to get this deal over the line, with reports suggesting that deadline is going to be met.

So far this season there’s been six appearances for Raphinha. He bagged a goal in last night’s draw with Reims, whilst there’s been a couple of assists too in 2020/21.

Whilst Raphinha isn’t the central midfielder many of us wanted to see this deadline-day, he’s a good signing.

Learning things are on course is relieving news as without an arrival today, the mood amongst the fans wouldn’t have been great.

I’m intrigued to see what the Brazilian brings that is different to Jack Harrison, Helder Costa and Ian Poveda. In many ways, I was surprised to see this was a priority.