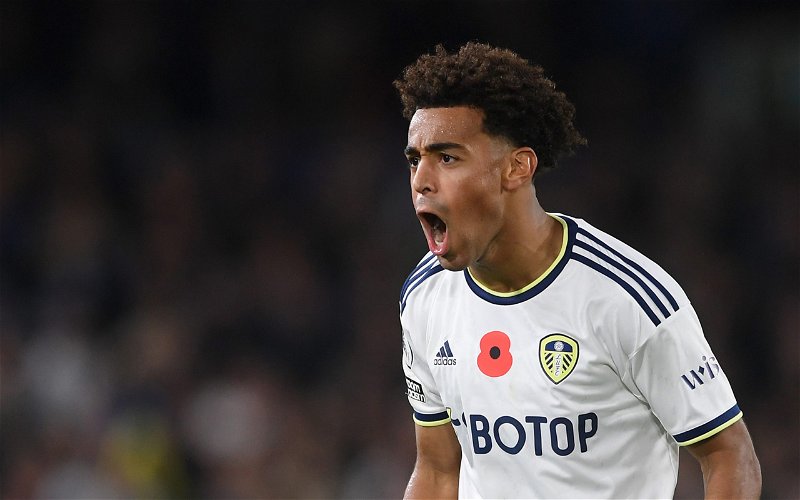 Leeds United midfielder Tyler Adams will see out the season at Elland Road at the very least.

That’s according to journalist Dean Jones, who also says that there is nothing in a potential move to Manchester United for the American international at the moment.

Adams only joined Leeds in the summer transfer window, arriving from RB Leipzig on a five-year deal for a reported £20million.

The midfielder wasted no time in earning plenty of praise for his efforts at Elland Road, and has only gone on to receive more attention, after impressing while captaining the USA at the World Cup.

Even before then, speculation was rife around the 23-year-old, with it reported earlier in the season that Manchester United are interested in a move.

However, it seems such a deal will not be happening, and while Adams will not be going anywhere in January, that may change in the summer, judging by these latest comments from Jones.

Speaking to GiveMeSport about those links with Manchester United for the Leeds man, and how January might play out for Adams, the reporter said: A move to Manchester United is not on at the moment. That’s not one that is active at all.

“From what I’m told, he’s going to see out the season and probably see what lands after that point. But it won’t surprise me at all to see him being linked with some big moves at the end of the season.”

This will no doubt be a big relief for those of a Leeds United persuasion.

Given the rivalry there is between the two, they are not going to want to lose such an important player to Manchester United, something that we previously saw when links emerged around Kalvin Phillips.

Meanwhile, Adams’ importance to this side means keeping him beyond January, will be a major boost to their hopes of avoiding relegation to the Premier League.

That in turn will likely give them more hope of retaining the 23-year-old in the summer, and given his contract situation, they should be confident of doing so from that position.