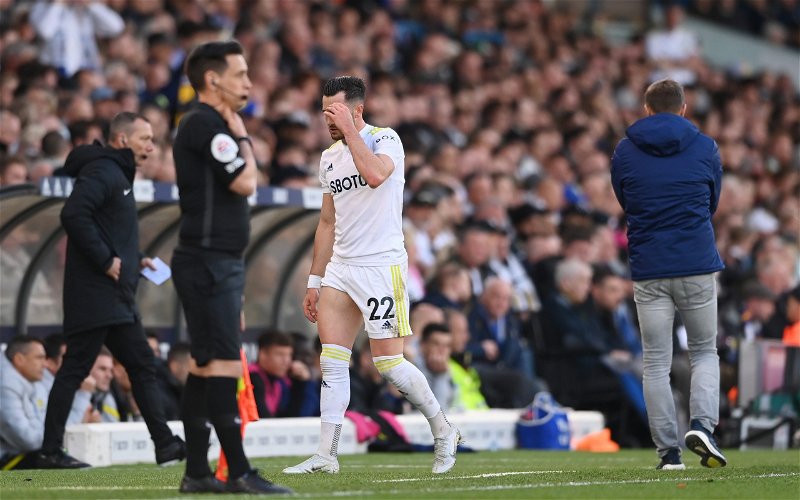 Jesse Marsch has confirmed that Jack Harrison and Raphinha will be fine to feature for Leeds United against Brighton and Hove Albion on Sunday.

Leeds are 18th in the Premier League table heading into this weekend and need a win against Brighton to fuel belief they can stay in the division.

Seeing Harrison and Raphinha hobble out of Wednesday’s defeat to Chelsea was a major concern.

Despite that, Marsch has revealed (via his press conference stream from @LUFC) that both should be fine to feature for Leeds on Sunday.

“Jack Harrison, with the contusion, looks positive. He should be in training tomorrow and ready to go for Sunday.

“Rapha is fine and he will be ready to go.”

Harrison has bruising, which forced his substitution in the first-half against Chelsea.

Raphinha, meanwhile, felt more of a precaution after going down with cramp late on.

As things currently stand, Harrison and Raphinha are Leeds’ two leading goalscorers in the Premier League.

Harrison has struck seven times, whilst Raphinha has scored 10.

This is good news ahead of what many have labelled must-win.

So, to have players that have scored 19 goals in all competitions this season available, almost against the odds, is huge news.

Marsch will be praying that Harrison and Raphinha can get back amongst those goals at just the right time.