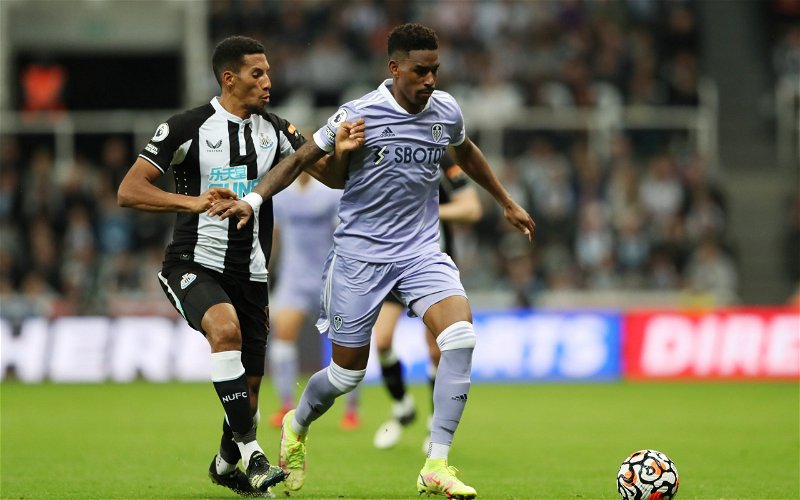 Leeds United full-back Junior Firpo arrived from Barcelona in the summer, but he’s still acclimatising to life in England.

The Whites didn’t overhaul their squad in the summer transfer market, and for good reason after a stunning first season back in the top flight.

They did have to make a few signings to bring more depth to Marcelo Bielsa’s side, including replacing Gjanni Alioski with Junior Firpo.

Coming from Barcelona for £13million, there was always going to be a settling-in process for the defender.

He hasn’t set the world alight yet as the Whites search for their first win of the season, but there are signs of the standard of player Leeds have acquired.

As we gear up to face West Ham, there’s another tough task ahead of him in a defensive capacity.

When asked about the matter, The Athletic’s Phil Hay defended the left-back after leaving a Barcelona side in turmoil, knowing that he was always going to face an uphill battle at first.

Speaking on The Phil Hay Show podcast, he stated:

It’s pretty obvious that the training regime and the intensity of it all is completely different and a level up.

Even though Barcelona are the club that they are or the club they were before this enormous crisis so it is a culture shock as it tends to be.

Expecting him to take to the Premier League with ease under Bielsa is asking an awful lot.

However, there are instances where others in a similar position have hit the ground running, such as Marc Cucurella at Brighton.

I do believe he will come good for us in the end, but it’s just a case of being patient and waiting for him to be fully settled.

After all, he’s gone from woeful club management, to one of the most organised and in-depth managers in the world.