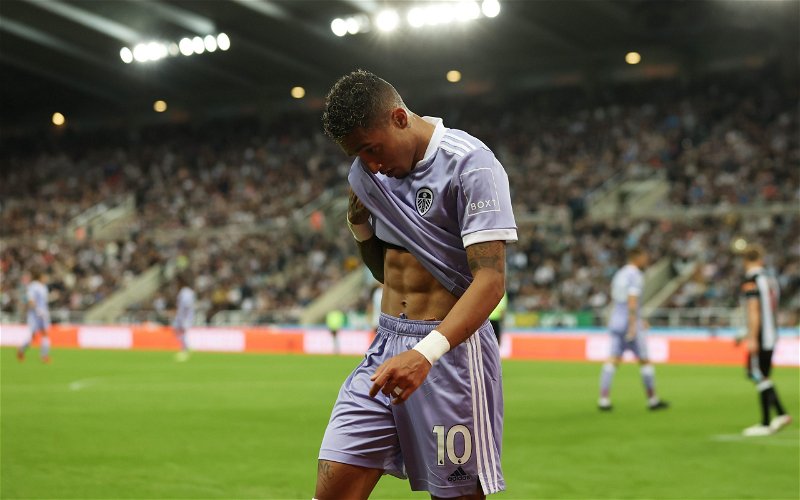 Leeds were pegged back at St James’ Park by Allan Saint-Maximin after Raphinha had opened the scoring for Marcelo Bielsa’s side.

However, the goalscorer and makeshift centre-back, Ayling, were forced from the field in the second-half due to injury.

As per Phil Hay, Bielsa is now sweating on injuries to Raphinha and Ayling, who were both substituted last night after good performances at St James’ Park.

Raphinha looked in discomfort as Crysencio Summerville replaced him, whilst Ayling’s late withdrawal came after a period of him receiving treatment.

Leeds are already without Diego Llorente and Robin Koch due to injury, whilst Pascal Struijk’s suspension meant Ayling was forced into the centre of defence last night.

Adam Forshaw is absent with a calf strain, whilst Jack Harrison is having to isolate. Combing that with Raphinha’s setback leaves Dan James as Leeds’ only senior winger available.

This is really concerning. Injuries are piling up now and Leeds are having to go without some really key players.

Raphinha was excellent in the first-half yesterday, scoring and causing Newcastle a number of problems. Him missing for any period of time is going to impact our attack, which finally threatened to click last night.

As for Ayling, he’s been out of form, but stepped up last night and put in a good shift at centre-back.

Losing another body to a depleted defensive unit is a huge concern for Bielsa and leaves him having to lean on U23 players.

It’s not good ahead of a tough clash with West Ham and tricky League Cup trip to Fulham.