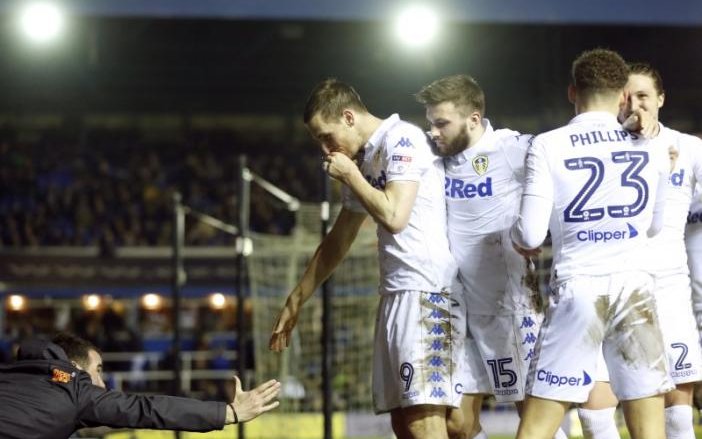 The International break has come at a bad time for Leeds. The club are back in form after a recent lapse in form but have picked up recently and beat Brighton in their last outing 2-0. Leeds have had multiple players called up for their respective international clubs, here’s our round-up.

Liam Cooper – Scotland
Called up by Gordon Strachan after an injury to Grant Hanley, Cooper was on the bench during Scotland’s 1-1 draw against Canada. I don’t think he’d have expected to start considering the circumstances in which he was called up but I’m disappointed he didn’t get a few minutes at least. Cooper wasn’t in the squad for their second fixture, the World Cup Qualifier against Slovenia.

Eunan O’Kane – Republic of Ireland
After being left out of the squad altogether for their game against Wales, O’Kane came on for the final 30 minutes but couldn’t impact the game as Ireland suffered a 1-0 defeat at the hands of Iceland. Many Ireland fans were impressed with what they saw from O’Kane’s cameo and that can only be good news for Leeds.

Pontus Jansson – Sweden
Jansson played the full 90 as Sweden battered Belarus 4-0 in their World Cup Qualifier. Another clean sheet for a player who has been key in Leeds’ play-off push this year. In Sweden’s second game, a friendly against Portugal, Jansson started the game on the bench but came on for the second half. Jansson appeared to be the key for Sweden as they recovered from 2-0 down to score three second half goals and win 3-2. The Jansson effect.

Chris Wood – New Zealand
Wood has been a completely different player from the one we saw last year at Leeds. He seems stronger, holds the ball up better, runs in behind more and has scored 24 Championship goals. He continued his fantastic goal-scoring run for New Zealand, captaining and bagging a goal as they beat Fiji 2-0. Wood was left out of the New Zealand side for the second game against Fiji as a precaution after picking up a knock.

Stuart Dallas – Northern Ireland
The former Brentford man started in Northern Ireland’s World Cup Qualifier against Norway before eventually being replaced in the 88th minute. Dallas was yellow carded for a foul late in the first half after showing plenty of battle to try and win back possession. He was his usual self, showed a lot of commitment and energy and provided great defensive cover on the left-hand side, he also provided a few teasing crosses from an offensive point of view.

Mo Barrow – Gambia
Barrow started and scored for Gambia in their friendly, a 2-1 victory against Central African Republic. Barrow and Leeds fans will be hoping he can reproduce his international form at club level from now until the end of the season.

That’s another international break over with, and I can’t wait for the real football to return. Wood is the only concern in terms of injury but the New Zealand coach said himself that he was only left out of the second game as a precaution. Hopefully he comes through and will be available for Leeds’ crunch clash against Reading.