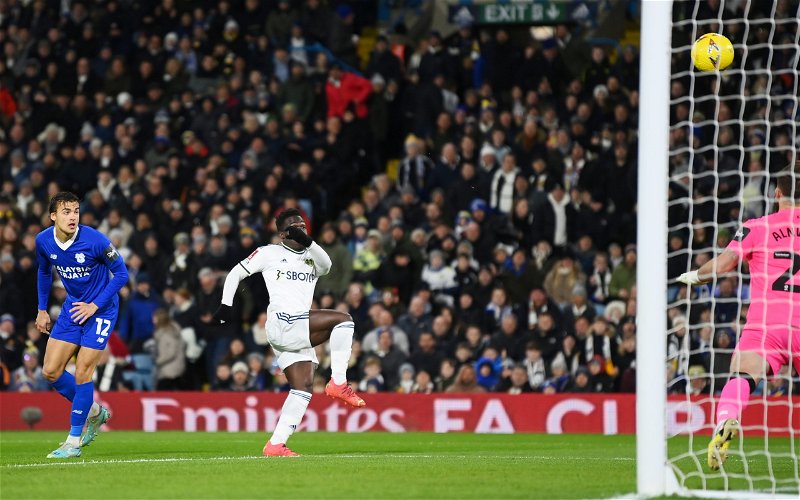 It seems that Leeds United attacker Wilfried Gnonto is hoping to return to his native Italy at some point in the future.

That’s after the 19-year-old admitted he would like to play for his former club Inter Milan again further down the line.

Gnonto joined Leeds from FC Zurich back in the final hours of the summer transfer window, and is already becoming a key player at Elland Road.

The teenager has produced some outstanding performances, and goals, to ensure that even at such an early stage of his career, he is one of the first names on the teamsheer.

Prior to joining Zurich, Gnonto had come through the youth ranks at Inter, playing there between 2012 and 2020.

Now it seems as though a return to the Italian giants is something the winger would be keen on during his career, although he is fully focused on Leeds right now.

Speaking about his connection with Inter in an interview with Gazzetta dello Sport, Gnonto said: “I owe a lot to Inter. (The Nerazzuri gave me) eight fundamental years for my growth that led me to be the footballer and man I am now. Playing for or against Inter would always be a great honour.”

“The sporting project has always been my prerogative. And any choice relating to my career is always made according to that.

“The Premier League is one of the best leagues in Europe, if not the best. All the teams play openly and there’s a very high intensity. It’s a huge challenge for me. I have the opportunity to confront myself every week with some of the best players.”

You can’t blame Gnonto for being interested in a return to Inter in the future.

Given the connection he will have built with the club over so many years, it would make sense for him to want to go back and change the fact he never made a senior appearance for them.

Indeed, a move to a club such as Inter would also give him the chance to compete for trophies, and in European football, something which is also going to be appealing to any player.

Even so, Gnonto does seem committed to Leeds for now, which will be a huge relief to those around Elland Road, given how important he looks likely to be to their attempts to avoid relegation this season.