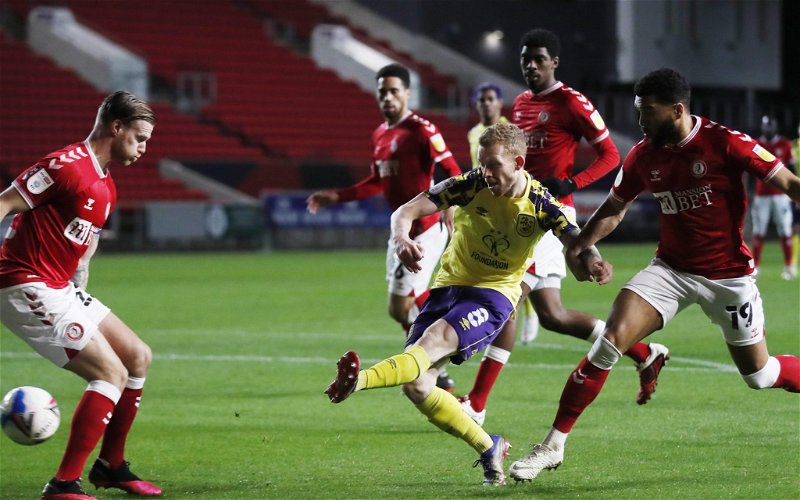 Leeds have been proactive in the transfer market in solving glaring issues in Bielsa’s squad, with a left-back and backup goalkeeper brought in.

However, there’s still scope for a couple more additions as the club look to add strength in depth in key areas, including central midfield.

One player that has been linked with a move to Elland Road is Huddersfield Town’s Lewis O’Brien, who continues to impress for the Championship outfit.

Having been shipped out on loan previously, O’Brien has become a vital cog in the Terriers midfield at just 22-years-old and is clearly attracting interest from Bielsa’s scouting department.

The Sun’s Alan Nixon has reported that Leeds are looking into a deal and it’s one that wouldn’t be difficult for the Whites to pull off if they pursue it.

Now, an image has been revealed showing that during Huddersfield’s EFL Cup triumph over Sheffield Wednesday, Bielsa was in attendance at Hillsborough:

There’s no other reason why Bielsa would be watching this game other than looking at O’Brien, who featured for Town.

A lot of criticism has come from this potential signing, given that it’s not as big a name as some people would have hoped, but he’s a very promising young player.

We don’t need someone to come in and overhaul our midfield and O’Brien would provide great depth and energy to our midfield, almost like an Adam Forshaw understudy.

If we did go after O’Brien, I’d be happy for him to side and add a lot of quality to our squad, and he’s someone who looks ready-made for Bielsa’s style.