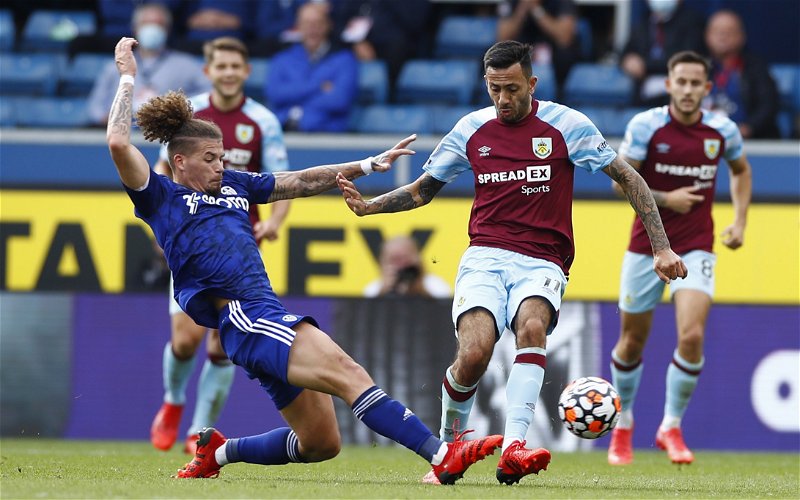 Leeds United midfielder Kalvin Phillips is reportedly next in line for a new contract and his view has been revealed.

The summer saw plenty of new contracts handed out at Elland Road as the club looked to secure the long-term futures of their key players.

It was claimed by CEO Angus Kinnear that the club knocked back offers for the players well over £100million, and it might have kicked the club into gear in tying them down long term.

One of the players you’d imagine was subject to strong interest was Kalvin Phillips, as his Euro 2020 performance caught the eye across the continent.

To ward off any interest, a new contract would be the best way for the club to ensure his long-term future remains at Elland Road.

It was reported this week that he is the next player the club are looking to extend the contract of.

His current deal at the club is due to expire in 2024 after he stated at the club following play-off heartbreak.

Now, Football Insider are reporting that Phillips himself is eager to pen a new deal at the club, that could see him become one of the best paid players at Elland Road.

It is also speculated that the deal may contain a conditional release clause for Phillips, just as the 2019 new deal did.

It’s the most logical business Leeds can conduct this season.

Phillips is getting the Jack Grealish territory of sheer brilliance for us where there’s no doubt other clubs are taking admiring glances.

With that comes his exceptional value, and to guarantee we protect our assets, this deal would be massive for us.

Even with this potential new deal though, I can still see his ambition needing to be matched in the coming seasons. If we don’t perform and he does, he’s entitled to move onto a world class level.