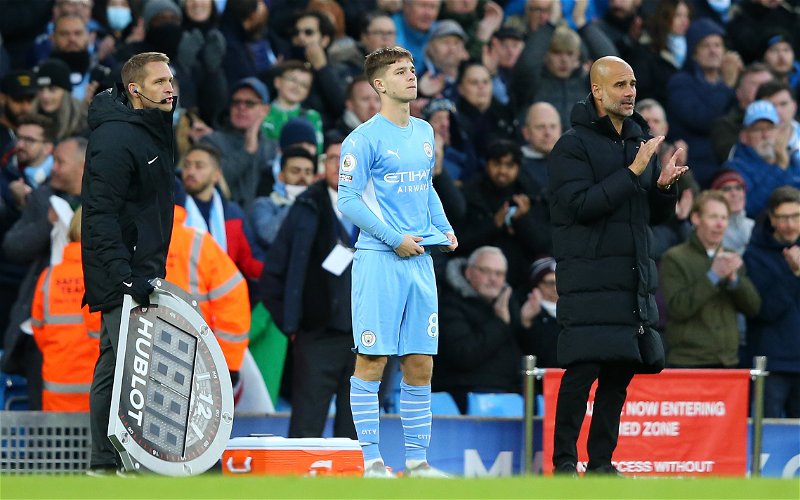 He’s not the only midfielder from the Etihad that Leeds have been monitoring this summer, as they see Kalvin Phillips move the other way.

Attacking midfielder James McAtee is another name that has featured on the list of targets for Leeds – per The Athletic – while the same reports have claimed that Pep Guardiola has big plans for the teenager.

Having made his debut last season in the Premier League, McAtee will be hungry for further involvement, whether that be for the reigning champions or with a move elsewhere.

Now, The Scottish Sun are reporting that alongside Leeds’ interest, Rangers are readying an offer while Championship play-off finalists Huddersfield Town are currently in “pole position” to sign him.

Both Rangers and the Terriers would be looking to sign the player on loan, while Leeds are claimed from other outlets to want the deal to be a permanent one.

Brighton are also namechecked in the report, highlighting the tough competition that Leeds are to face in this pursuit.

McAtee penned a new contract back in February that keeps him at Man City until 2026, so a permanent deal would be a tough one to navigate.

A loan move is likely more viable for him to move to the Championship, so I can see why Huddersfield is a good option for him.

Their development of players under Carlos Corberan is likely to be a big pull to someone like McAtee, too.

I think it would take a significant offer for Leeds to manage a permanent swoop, but he’s definitely one to watch.